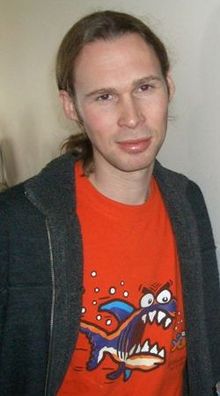 After AOL sold Bebo, many scoffed at the idea of the social network’s resurgence. Despite AOL’s years of neglect, Bebo cofounder Michael Birch isn’t among the naysayers. Birch will be rejoining Bebo as an investor and advisor, purchasing a significant non-controlling stake in the company.

There’s no word yet on what the purchase price was. Birch will be advising Bebo’s product and technical teams led by Kevin Bachus, an early member of Microsoft’s Xbox team, and Hi5 cofounder Akash Garg respectively.

Birch’s investment represents an opportunity to resurrect Bebo, following AOL’s disastrous acquisition of the company for $850 million in 2008.  Criterion Capital, Bebo’s current owner, began talks with Birch even before they acquired the company.

“I’m super excited to be involved with Bebo again. The world of Social Networking has changed significantly since we started Bebo, and even more so since we sold it,” Birch said in the company’s release.

News of the Birch investment should serve to calm speculation that Bebo might be sold, rumors which reignited Friday with GigaOm’s Om Malik reporting of an impeding sale. Company sources told me there have been a number of offers, but Bebo CEO Adam Levin told me the company is not actively shopping itself.

One of the areas Bebo will be focusing on is the mobile arena. Bebo is receiving 1.5 billion page views monthly from Bebo’s mobile apps and mobile web sites., compared with 7 billion page views on the web.  Mobile web traffic has nearly doubled since Bebo’s sale.

This is probably because Bebo’s 10 to 12 million monthly visitors are 17 years old on average.

“It’s very clear that the future of social networking has a huge mobile component,” Bachus told me during a telephone interview. “As these kids get more and more capable handsets, we’re going to be investing heavily.”

Bachus noted that the iPod Touch traffic beat all other devices “by a huge margin”– indicative of younger users who don’t have smartphones yet.  While claiming Bebo had every intention of broadening its demographics, he made a comparison to shopping mall.

“They don’t put out signs that say ‘for teenagers’,” he said.

Bebo has recently made a number of efforts to plug holes in its features sets, partnering with Meebo and VChatter to add chat and video chat functionality to the site. While confidant Bebo can continue to grow and evolve, the Bebo team understands there’s still plenty of work left to do.

“At the same time we have to move forward. The site hasn’t moved forward as it should have the past few years,” Bachus said.