German startup Aupeo bills itself as “Pandora for the rest of the world”, providing curated Internet radio channels as well as a personal music channel based on recommendations. It just launched a range of free apps for the Nokia Ovi store. This makes the company the main streaming music provider on Nokia’s app store.

Music is a tricky area for Nokia since it has its own music store and therefore would not be keen to approve say, a Spotify app, which would in theory compete with its own store. 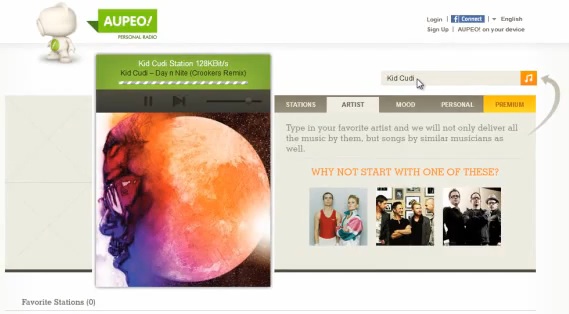 Aupeo has individual apps for different streaming radio channels like “Chart Toppers” or “Best of the 80s”. Currently there are 20 channel apps, but a further 80 will be launched by the end of the year. A one click purchase experience is built in.

Aupeo has quietly pursued a strategy of making deals with hardware vendors to pre-install Aupeo on various devices including Acer mobile phones, Asus netbooks, Philips TVs and Mini cars. The company aims to provide a one-stop shop for hardware vendors who need an Internet radio service. It licenses all the music and generates localized metadata for its database of approximately 1 million tracks. The recommendation system is from the Fraunhofer Institute, inventors of the MP3 format.

The company recently closed a new funding round (of an undisclosed amount) which it intends to use to add new features like social music and additional platforms like tablets. Aupeo was founded in 2008, has 20 employees and funding from several German VC funds, including Ventegis Capital.