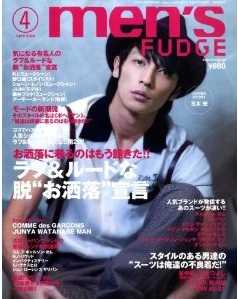 While traveling in Tokyo this fall, Daniel Leuck went to the 7-11 for a caffeine hit and encountered a men’s fashion magazine called “Men’s Fudge” as well as a drink called “The Premium Calpis”. Leuck, who speaks fluent Japanese and has lived for extended periods in Japan, had long grown accustomed to these sorts of wacky and sometimes apocryphal slogans. But this time a light bulb went off in his head. Why not create a crowdsourced tool to allow Japanese companies to bounce slogan ideas and product positioning off native English speakers and get a reality check before launching? Leuck set his team at his Honolulu-based software and design company Ikayzo to work on the project in mid-December.

[Full disclosure: Daniel Leuck is a personal friend of mine and we’ve worked together as unpaid volunteers to help build out and provide content for TechHui, a non-profit social network for the Hawaii technology community that Ikayzo has spearheaded.]

After 10 days of development, AskGaijin.com went live as a service yesterday. In a nutshell, AskGaijin provides a micro-consulting platform for small and medium businesses in Japan to vet English-language slogans and branding quickly and affordably using qualified native English speakers who also speak Japanese or understand Japanese culture. At present, there is no one else doing this in Japan for small companies on an ad hoc basis. Larger marketing and branding agencies will provide this service as part of a much bigger package, but that’s expensive for mom-and-pop and mid-size companies.

True, it’s a narrow niche, but perhaps not as narrow as it seems at first. Tens of thousands of small and medium-sized Japanese companies use English language slogans and words on their packaging and branding. This practice extends well beyond Japan and into China and other parts of Asia. Then there is India, where the English sloganeering sometimes comes across as rather wacky in the U.S. or former British Commonwealth nations.

More importantly, AskGaijin is tapping into a new and promising vein of the crowdsourcing phenomenon. To date, crowdsourcing has consisted primarily of rote, simplistic, repetitive tasks best accomplished by humans (think Amazon’s Mechanical Turk) or fairly complex involved tasks that require time and expertise (think oDesk or eLance or, in the case of translation, LanguageScape). But a rising tide of ventures are attempting to tap the need for quick bursts of highly informed opinions or information relating to complex or nuanced matters — like slogans or, in the case of LawPivot, legal questions. Users of these services don’t want to go through a long sign-up process, either. They just want an answer, pronto.

This is where micro-consulting comes in. Think of it as Mahalo.com for actual business queries by real consultants who are paid enough to make responses worth their time. For participants in such micro-consulting platforms, answering questions can either be viewed as a viable revenue stream for times when a consultant is on the bus or the subway or just not swamped. Or the answers can be viewed as a means to upsell potential customers on a more diverse package of services. Whatever the case, there is certainly a huge need among small businesses for precisely these types of on-the-fly information dumps.

Here’s more detail about AskGaijin: The platform is aimed primarily at smaller and mid-sized Japanese companies that can’t afford to hire expensive marketing firms or translation companies. “Japanese companies use English for marketing purposes for much the same reason Americans use French product names or services — it sounds cool / exotic / interesting. Because native English speakers are so rare in Japan, this has led to a proliferation of ‘Engrish’. There are successful websites dedicated solely to its hilarity (http://engrish.com),” explains Leuck. “We wanted to create an affordable and easy way for Japanese companies to get a quick sanity check on their English product names and slogans.”

AskGaijin (Gaijin means foreigner in Japanese) is designed primarily to be accessed by mobile phones and only comes in a Japanese language flavor at this point, something Leuck chose to do to ensure that the sight was minimally confusing for his initial customers. Potential consultants must speak Japanese, as well, even to be able to read and understand the registration process. Leuck says he is aiming for cross-cultural experts rather than simply anyone who speaks English.

Leuck previously served as a Senior Vice President of Research and Development for Tokyo-based ValueCommerce, Asia’s largest online marketing company and Global Head of Development for London-based travel deals aggregator LastMinute.com, one of Europe’s largest B2C websites. AskGaijin used no external or venture funding and was built by Ikayzo’s development team in its spare time. The platform, which includes an e-commerce shopping cart, is constructed in mobile Jquery, a cross-platform scripting language that runs on both Android and iOS devices as well as many other smart phone systems.

Initially AskGaijin is charging $12 per response. All requests must be composed of a name or slogan (50 characters or less) and an explanation of the product or service (200 characters or less). Response length is limited to 400 characters to constrain the time responders spend on a job. Initially, Ikayzo (which is a multi-lingual shop and has an office in Japan) is going to use its own personnel to answer the questions and guarantees a response within three business days. “We are starting with an internal team of bilingual consultants to get a feel for the market before flipping on the crowd source part of the system. We want to make sure we have good quality controls in place,” says Leuck, who has no plans to raise capital. If AskGaijin begins to take off, Leuck said, he anticipates the price settling at about $25. That’s a small price to pay to avoid naming your shredder the “Happy Life Creator.“