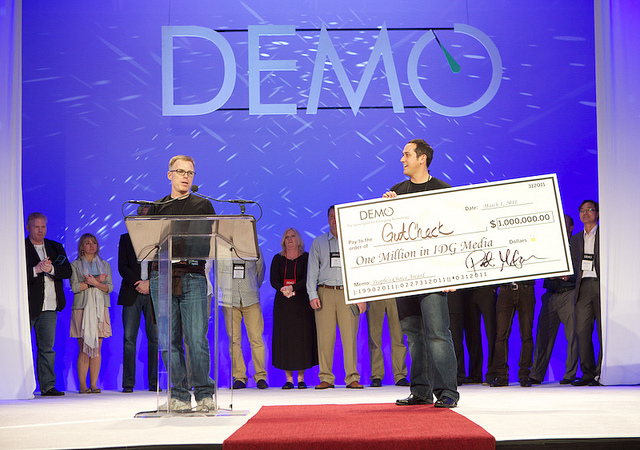 The Denver-based company has built a database of possible interview subjects, along with relevant demographic information. So if a business wants to do consumer research, they specify the kind of consumer that they want to interview, and GutCheck connects them for one-on-one chat room interviews. The service costs $40 per person, compared to what the company says is a standard focus group cost of $500 per person.

GutCheck was chosen by the attendees at DEMO, the technology launchpad conference coproduced by IDG and VentureBeat. They selected the People’s Choice winner from the 47 companies doing full launches at the conference. Now GutCheck will receive $1 million in free advertising from IDG publications. (GutCheck co-founder and CEO Matt Warta is pictured above.)

And here are the other DEMOgod winners, chosen by VentureBeat’s Matt Marshall, who is the event’s executive producer, in consultation with the VentureBeat editorial staff and the DEMO team: