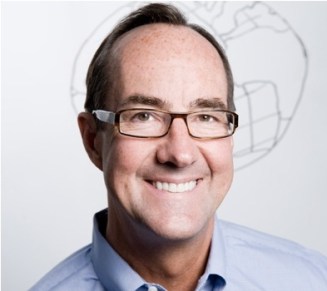 John Backus is a co-founder and managing partner at early-stage VC fund New Atlantic Ventures. He blogs at http://navfund.com/blog/.

Now’s a good time for startups: VCs are investing more money now than they have since the recession hit. But do you have to be in Silicon Valley to get the contacts, staff, and VC attention you need to build a venture-backed company?

There’s no doubt, Silicon Valley is frequently the first choice for startups. And there’s a reason why: 39 percent of 2010 venture capital dollars were spent there, according to the National Venture Capital Association and PricewaterhouseCoopers. But the second largest region is along the I-95 corridor on the east coast, which attracted $6.8 billion, or 31 percent in 2010. And there are several great places for venture-backed startups there.

The best place to start your particular business ultimately depends on the field you’re in, but clearly, it’s best to stick to the coasts, because that’s where the money is.

Since much has been written about Silicon Valley, let’s look at the major startup ponds on the opposite side of the country that VCs are fishing right now.

1. New York
Over the last five years, New York’s share of east coast investments has increased from 18.3 percent in 2005 to 33 percent in 2010, almost doubling. What has fueled this? Digital media and e-commerce. And how have those industries performed? Over the same five years, net internal rates of return in these sectors have been 29 percent, according to the Mid-Atlantic Venture Association. New York is on a roll.

The city has always served as the hub for sectors like entertainment, advertising, fashion and media. Now it’s all going online in entirely new ways. A startup called Moda Operandi offers couture online right off the runway. With a little over $1M from our firm, Aslaug Magnusdottir, a former McKinsey consultant, left New York-based Gilt to join forces with Vogue contributing editor, Lauren Santo Domingo. They just launched their business at Fashion Week in New York, signing on elite designers like Thakoon, Proenza Schouler and Narciso Rodriguez. Another startup, Solve Media, lets advertisers replace CAPTCHAS (those distorted letters you enter to prove you’re a human) with their brand slogans when consumers log in to watch a TV show, for example. Founded in 2009 by Todd Lieberman and Ari Jacoby, it received $4M in a first round of institutional funding from our firm, along with First Round Capital, AOL ventures and IA ventures.

If you have a brilliant Web model like these, wrapped around the Big Apple’s industrial legacy, consider starting in New York.

2. Boston
If your business relates to markets like biotech, material sciences, clean energy and mobile, look at Boston. These industries are vibrant and have eclipsed the region’s hardware and enterprise software businesses for venture capital funding. With an abundance of universities and lab space, this town has always attracted young people with creative ideas. Its educated workforce is unrivaled, and the region has reinvented itself over the last decade.

For example, both battery maker A123 and Enernoc, which makes software that helps manage the energy grid’s supply and demand, started in Boston and eventually made their debut on the public markets. They stand to gain significantly as electric cars go mainstream and electricity demands rise.

Our firm is a big believer in mobility. This region was the birthplace of Android, and inventor Rich Miner remains in Cambridge, now with Google Ventures. Javier Segovia and Nitin Sonawane, the founders of Tap ‘n Tap, got our attention when they showed us their software for touch-screen tablets, based on Android, that rivals the experience on the iPad. Other startups like mobile advertising network Jumptap, have gained a following, attracting $69M in venture funding from six investing parties, including WPP. This month, it was awarded its 11th patent in less than two years.

3. Washington D.C.
If your business is looking to change a highly regulated industry or involves anything in the cyber realm, head to my neck of the woods.

The Internet’s backbone started here. It is no coincidence Network Solutions, PSInet, MCI/Worldcom, AOL, Nextel, Sprint, Verizon and Mobile365 all operated in our Nation’s Capital — they were dependent on changing telecommunications regulations. A decade later, we’re seeing a revival of the DC tech scene, built on the very Internet backbone that was created here.

This is the place to be if you’re in the business of cybersecurity: DC is a strategic hub, and that will only intensify as political uncertainty continues abroad. Ventures with affiliations to government agencies like DARPA, NSA or the CIA will do well here too. Look at Invincea, which intercepts viruses before they can infect machines on a network. Founded in 2006, it was started by Anup Ghosh and originally funded by DARPA to build a prototype for virtualized Web browsing. It was just named “Most Innovative Company” at the 2011 RSA Conference.

On a different note, education and training continues to be a top-of-mind issue on Capitol Hill. And this town is building an ecosystem for education technology: public companies Blackboard and Rosetta Stone made a name for themselves here, and consumer Web startups like Koofers and 2tor are starting to take center stage. Koofers started at Virginia Tech in 2006 as a social learning site for college students and is now one of the most popular Facebook education apps. It raised $7M from our firm, Revolution, Altos and QED. With $32.6M from Novak Biddle, Highland and others, 2tor emerged in 2008 to build, administer, and market online degree programs for major universities. John Katzman, who started Princeton Review now serves as 2tor’s CEO, and it just inked a deal with Georgetown University.

Finally, look no further than the White House: President Obama is making efforts to be entrepreneur-friendly. Just weeks ago, he joined forces with AOL co-founder Steve Case to spearhead Startup America, an initiative to spur investment in innovative American startups.

DC is emerging as a hotbed for startups and investment firms like mine will continue to evaluate opportunities that are relevant to the Presidential Administration, Capitol Hill and federal spending.

Moral of the story
All regions ebb and flow as their underlying industries prosper or struggle. We’re seeing prosperity in key hubs on the coasts, and the right pond for you is based on your business idea. So go ahead and get started.