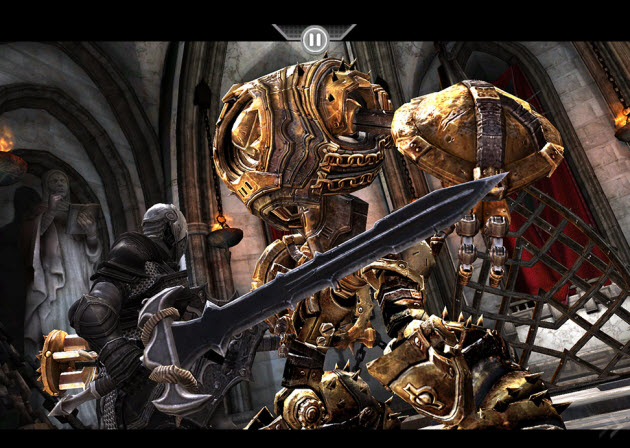 Apple chief executive Steve Jobs promised that the iPad 2’s processor is twice as fast as the original iPad’s and that its graphics performance is nine times better.

Now that the results are coming in, it’s clear that the performance is good but varies widely by application. One of the most demanding apps on the original iPad is Epic Games’ Infinity Blade sword-fighting game (pictured above). Tests show that the revised version of Infinity Blade for the iPad 2 has far more graphics detail than the earlier version, according to AnandTech, a tech gadget site run by uber geek Anand Lal Shimpi.

In any given scene, there is far more graphical detail, lighting, and shadows on the iPad 2 version. Jagged lines that appeared in the earlier version no longer appear in the iPad 2 version. That could be enough to make graphics aficionados fall in love with the iPad 2, but it might be a subtle difference for less picky users. AnandTech’s older and newer images are shown at the bottom of this story, so you can see the subtle improvements for yourself.

Other benchmark tests also show that the iPad 2 pretty much blows away the Motorola Xoom. That’s important to people who want to be able to buy a tablet computer that lasts for a while and can run demanding apps.

AnandTech said that the A5 processor in the iPad 2 is 50 percent faster than the original iPad’s A4 processor in browsing the web. In other synthetic tests (meaning theoretical benchmarks as opposed to real application benchmarks), AnandTech was able to surpass Apple’s claim of 2x faster CPU (central processing unit) performance. 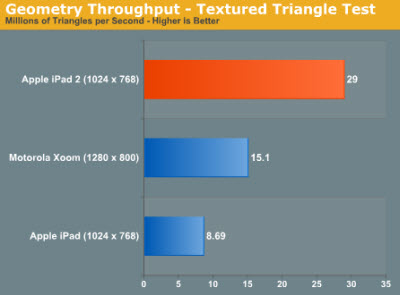 The A5 includes a PowerVR SGX 543MP2 graphics core from Imagination Technologies. Based on a review of the architecture, the graphics core has more than twice the compute horsepower of the PowerVR SGX 535 used in Apple’s A4 chip. On top of that, there are four times as many pipelines, or processing paths. And as the chart on the right shows, the A5’s texture filtering performance is better as well, about three times better than the original iPad and significantly faster than the Motorola Xoom.

Based on the GLBenchmark 2.0 test, AnandTech found five to seven times faster performance on the iPad 2 compared to the iPad on a number of other graphics tests. On one test dubbed Egypt, the Apple chip in the iPad 2 is 3.7 times faster than the Nvidia Tegra 2 in the Xoom.

Another tech site, Iosnoops, says the actual clock speed of the A5 isn’t 1 gigahertz as with the A4. Rather, both cores run at about 890 megahertz, although the speed varies based on the app running.

Check out the graphics in the original iPad version of Infinity Blade below, and in the iPad 2 version below that. You’ll notice, for instance, there are better lighting effects on the warrior’s shield in the foreground. 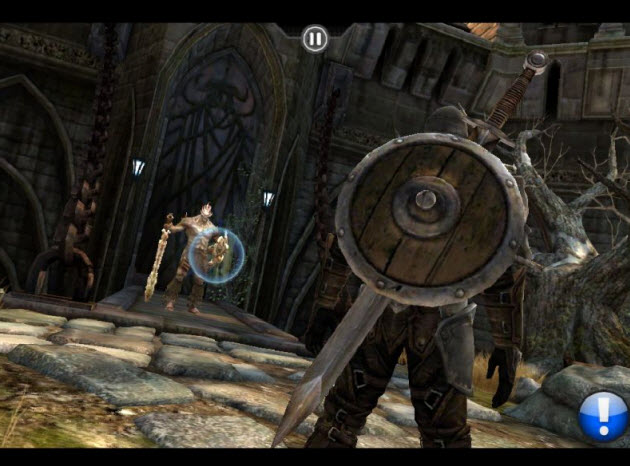 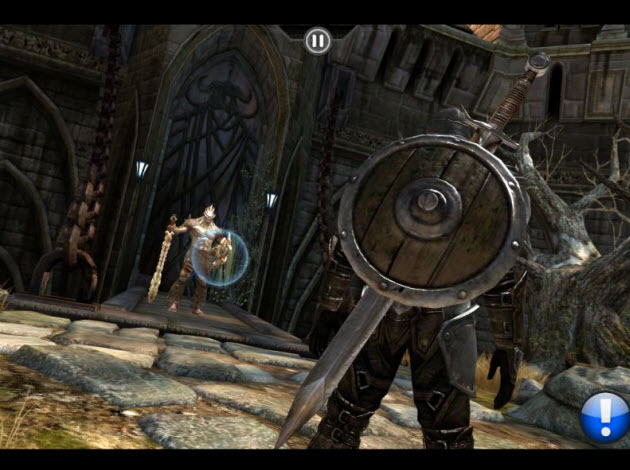