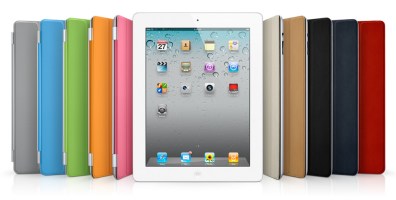 Forget the sales estimates of 600,000, Apple’s iPad 2 may have sold closer to 1 million units in its launch weekend, Reuters reports.

The figure comes from Scott Sutherland, an analyst at Wedbush Securities. To offer a comparison, the original iPad sold over 300,000 units in its first 24 hours.

Over the weekend, Piper Jaffray analyst Gene Munster found that Apple likely sold out of its iPad 2 stock, with 70 percent of purchases going to buyers new to the iPad. And if you wanted an iPad 2 this weekend, you definitely had to buy it in stores, since online orders faced delays of three to four weeks.

Sutherland’s numbers are still far from official, but it wouldn’t be too surprising for Apple to sell so many iPad 2s. At the moment, it’s difficult to find the tablet in stock at any Apple, Verizon, or AT&T store. And as Reuters mentions, Best Buy said on Friday that some stores sold out of the iPad 2 and its accessories within a mere 10 minutes.

The iPad 2 went on sale at 5pm local time across the country last Friday. Reviewers, not surprisingly, generally had positive things to say about it, even though it’s not a revolutionary improvement over the first iPad.