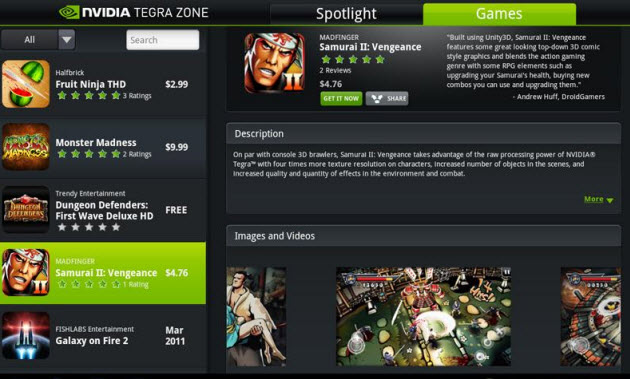 South Korea’s LG makes the phone, which is built for 4G speeds and has a 4-inch capacitive touchscreen display. With an Nvidia Tegra 2 chip as its brain, the phone is another example of a new class of devices that have the capabilities of a phone and the brawny power of a computer. These super phones could be the generation of devices that get a lot of people to do computing on their phones first, rather than on their laptops or desktops. 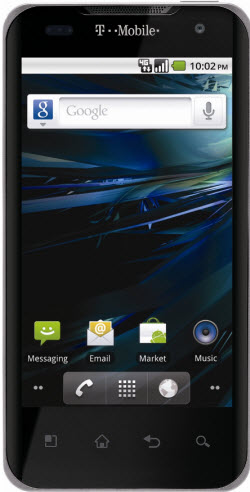 That’s the pitch, anyway. The LG G2x has front and rear-facing cameras and full 1080p high-definition capture and playback. Those are features of the Nvidia Tegra 2 chip, which is being designed into a number of other smartphones and tablets such as the Motorola Xoom and the Motorola Atrix.

The G2x is the first super phone to come preloaded with Nvidia’s Tegra Zone app, a free app on the Android Market that connects mobile gamers to high-quality HD games for Tegra devices. Games on the Tegra Zone include high-end titles with 3D graphics such as Dungeon Defenders: First Wave Deluxe HD, which uses the Unreal Engine 3 for 3D graphics. Other games include Samurai II: Vengeance, Fruit Ninja THD, Vendetta Online and Galaxy on Fire 2 HD. Nvidia is collecting premium Android games with impressive graphics and smoother game play.

The G2x and its companion tablet, the G-Slate, run on T-Mobile’s 4G network, which can transfer data at higher speeds than older 3G networks. Availability and pricing will be disclosed later.

The companies disclosed the app at the International CTIA Wireless 2011 show in Orlando, Fla.