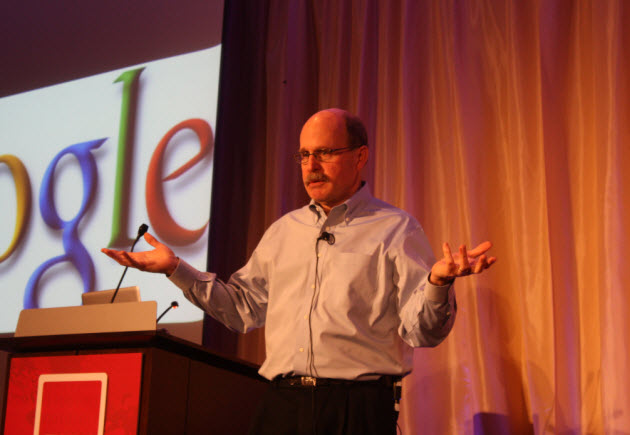 The thing about futurists is that they often aren’t right and their careers are consequently short. But Paul Saffo (pictured above) is different. He’s been making prognostications about Silicon Valley and its future for a long time, first at the Institute for the Future and now at a financial analytics firm called Discern Investment Analytics. When Saffo makes predictions, I pay attention. These days, he has been pushing the idea of an age of “Great Turbulence” coming ahead.

That basically means he foresees a lot of disruptions coming, where all of the rules are broken and the overall economy behaves in strange ways. We are only a couple of years into a decade or more of turbulence, driven by technological change and globalization. 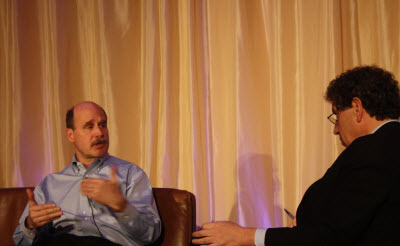 At first, he gave a talk about the new economic era, dubbed the “creator economy,” that began with the rise of user-generated content sites such as YouTube at the Global Technology Symposium on Thursday in Menlo Park. That’s the idea that the world shifted from a manufacturing focused “producer economy” to a “consumer economy” in the 1950s and is shifting now toward the creator economy. With consumers no longer able to spend like they once did, the economy is shifting toward people who are both producers and consumers at the same time, or normal people whose everyday actions create value. Enabled by the internet, this kind of creator can upload videos that get hundreds of millions of views on YouTube. Companies that encourage and harness this creativity are the ones that will be the winners in this new era.

But in a question-and-answer session, he got into the idea of The Great Turbulence, an era he thinks will last for the next 20 years. He noted that the past couple of decades that ended with the financial crash of 2008 could be viewed as The Great Moderation, a period from the 1980s to a few years ago where there was stability and relatively low unemployment and inflation. It was mostly sunny, with an occasional storm.

Now it’s mostly stormy, with occasional sun. In this time, the patron saint of economists is Joseph Schumpeter, who championed the notion of “creative destruction,” which means destroying an old economic order so that a new one can be built. Technology is changing so much that different companies are leading each new wave, such as Microsoft in one era, Google in another, and Facebook in yet another age. One of the indicators of big change is lots of small changes.

This time isn’t for the faint of heart, but it’s full of opportunities to create vast wealth. Those who take advantage of globalization are likely to win, as opposed to those who resist it. He pointed to companies like Zynga, which makes social games like FarmVille on Facebook, as one of the beneficiaries in a creator economy. Whatever the company, entrepreneurs are likely to be in great positions to ride the turbulence.

Saffo didn’t forecast the downturn, but he felt like something crazy was going to happen.

“When change clusters at the extremes,” Saffo said. “You can bet more fundamental change lies ahead.”

After his talk, I asked Saffo if he felt there was a new bubble brewing in Silicon Valley and technology investments. He said he didn’t think so, even though there is some froth. He recognizes that there is a lot of enthusiasm around innovators like Facebook, Twitter, and Groupon. But the larger technology industry isn’t necessarily in the same boat.

Here’s the Q&A session between Saffo and Mark Gorenberg, a partner at Hummer Winblad Venture Partners at the Global Technology Symposium.