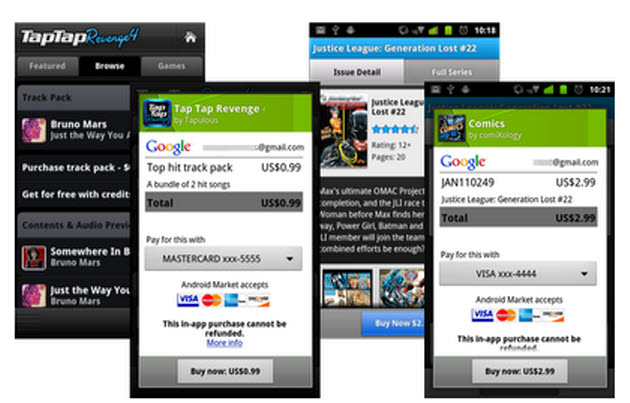 Android app developers can rejoice now that Google has launched a new mobile billing system that will help them make a lot more money. 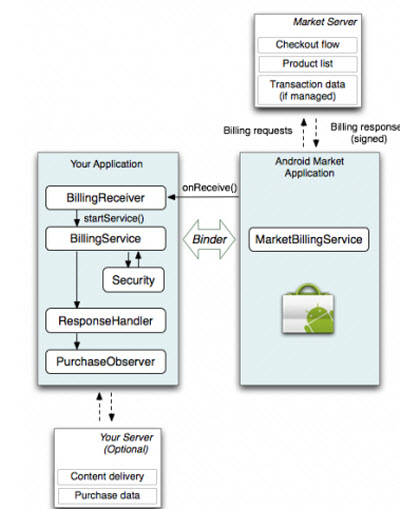 Today, Google launched the Android Market’s in-app billing system –similar to what’s been on Apple’s iPhones for more than a year already. The system lets users buy something from within an app instead of having to leave that app to complete the transaction. That’s a big deal because it enables the free-to-play business model, where users can use an app for free and then pay real money for virtual goods in small transactions. The system basically gives developers equal opportunity to make money, whether they’re on Android or Apple’s iOS mobile operating system.

Android developers had to wait a long time for the capability, but now they will likely launch more apps and games on the Android platform and hope for better returns. One reason is that free-to-play games attract a wider audience than those that require an upfront payment.

Apple implemented in-app billing in the fall of 2009, giving iPhone developers a new business model that stabilized their companies and allowed them to grow much faster in comparison to Android developers. Game maker Rovio, for example, launched its popular Angry Birds game on Android, but it had to use a free ad-based model because in-app purchases weren’t possible.

The growing number of Android phone models has encouraged developers to make apps for it nonetheless, but the arrival of in-app billing should make a big difference in how much developers are willing to invest in making apps for the platform.