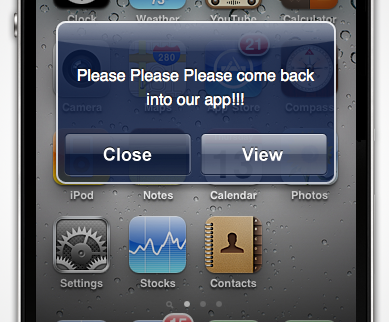 This discussion about mobile economy is one of the five themes we will be focusing on at the VentureBeat Mobile Summit, on April 25-26. We’ve carefully invited the top executives in mobile to discuss the biggest challenges of the day, which, if solved, can lead to much faster growth in the industry. And at our mobile “economy” session, we’ll talk about how monetization of mobile needs to move beyond just advertising, and we’ll have executives at table from the most important players, including Verizon, AT&T, Google, Zynga, Facebook Yahoo, Microsoft, Qualcomm, and many more. (If you think you should be part of the discussion, you can apply for a ticket.)

Over the past three years, the mobile landscape has been dominated by big numbers. Hundreds of thousands of apps on millions of devices downloaded billions of times. It’s like the early days of the Web all over again. Think unique Website visitors and page views. A lot of numbers, but with what net result?

A million downloads can make for a nice story, but they really don’t tell anything interesting, and they don’t equal success. It’s very difficult to build a business on a $0.99 app, let alone on a free one.

Along with downloads being mobile’s incorrect measurement, we’ve seen executions missing just as often. People have been trying to take what worked on the Web and shove it at mobile. But the rules are different now, so you have to change how you think about, treat and present content within the new medium. 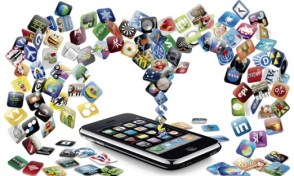 As the conversation shifts away from download data to engagement data, it’s clear that the winners in the next three years will be those brands that have figured out how to drive engagement and create a conversation with their users through their apps.

Mobile is, by its very nature, an intent-driven platform. You pick up your phone to make a phone call, check your email, look up sports scores or play a game while waiting in line. Successful mobile apps have learned to take advantage of the intent-driven nature of the mobile channel and have designed apps that create ongoing user engagement. They are not developing static brochure-ware apps or feature-by-feature replicas of their Websites.

Success and failure in mobile apps comes in all shapes and sizes:

Toyota: Toyota has an iPhone app that is effectively a website in-an-app. Users can configure and then get a quote for their Toyota of choice. The problem: would most people think to go to the app store when considering a new car purchase? But more importantly: Is this app one that users will launch again and again? Of course not. So Toyota has missed the opportunity for ongoing engagement. What if instead, the Toyota app would let Toyota owners enter their VIN number for their car and be kept up-to-date on important recall information and service schedules.

Heck, it’s mobile: the app could see a user’s location and notify them, via push notification, that there is an empty service bay at the dealer just three blocks away: “Come in in the next 20 minutes and we’ll give you 20% off your oil change.” That is a real conversation providing engagement and value to the user. It’s because the story being sold isn’t about the brand, it’s about the user, which tends to be the stories customers actually care about.

Warner Brothers: Warner Brothers build apps for its successful film franchises. Think “Harry Potter,” “Lord of the Rings” and “The Dark Knight.” What Warner Brothers has realized is that mobile is a new channel for delivering content, new and existing. The studio prompts moviegoers to install the related app while in the seats at the theater. When they walk out after the film, they are taking the Warners brand on their phones and they are ready to engage with the franchise through game play and updates about the next installments.

Angry Birds: The folks at Rovio are no fools. In the early days they probably saw that $0.99 apps didn’t have much of a shelf life. They took it a step further and continued offering content for their users with that original $0.99. The app just kept getting better. People talked, people shared; they got their friends to play and install the game. They created a conversation by continually evolving the game.They now have a franchise, and the $.99 per app is only part of their story. They built their franchise by continually engaging users with the very content they loved, even though that content was delivered for free to existing users.

Mobile is more than download numbers. It’s about telling your customers a story they care about, engaging users in a valuable way, and delighting them. And what’s now possible is as futuristic as our missing jetpacks, and in some ways, better than we imagined. We just have to quit thinking about it as a dumb screen people stare at when they’re bored, and start thinking about it as a portal to their time; a responsibility we better respect.

Remember: You may only get one chance to get your app installed on a user’s device. Be sure to think hard about how you create a valuable conversation for both them and you as you develop your app. If you don’t, your downloads will be another example of empty numbers.

Scott Kveton is the CEO of Urban Airship. He submitted this story to VentureBeat as part of a series leading up to our Mobile Summit later this month.