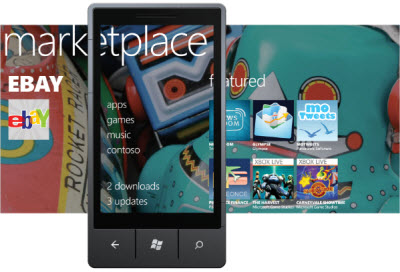 Microsoft today detailed what’s coming in its long-awaited fall update for Windows Phone 7, code-named Mango, and it includes some major new features like multitasking, as well as expanded access to the OS and devices for developers.

The company also said that Windows Phone 7 will get a faster browsing experience in the fall update with Internet Explorer 9, which will come with HTML 5 support and hardware acceleration.

Microsoft has a lot to prove with its Mango update: foremost, that it can deliver a major update as smoothly as Apple; but also that it can finally bring Windows Phone 7 to feature-parity with the iPhone and Android.

The announcement, made at Microsoft’s MIX 11 developer conference, comes after the company famously botched its first WP7 update in February — a publicity disaster that left some phones completely nonfunctional, or “bricked.” Microsoft VP Joe Belfiore apologized to the MIX11 audience for the past update troubles and went on to say, “We expect we are going to get these problems licked.”

Multitasking, or the ability to run multiple applications at once, will allow WP7 phones to run certain programs in the background, switch between apps quickly, and transfer audio and background file. As part of the update, developers will be able to integrate their apps more deeply with the OS, including taking advantage of Live Tiles (found on WP7’s home screen) and background push notifications. Developers will also get access to the camera and other sensors (including gyroscopic and compass) of WP7 devices with the Motion Sensor Library.

Developers will be able to prepare for the new Windows Phone 7 features with Microsoft’s latest mobile developer platform this May, which includes GPS simulation to better troubleshoot location features over emulation, as well as access to over 1,500 new APIs.