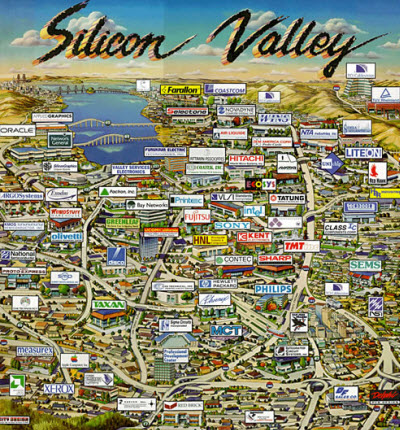 Silicon Valley’s top 150 public companies saw their most profitable year in history as they put the big recession behind them in 2010, according to the San Jose Mercury News’ annual SV150 report published Sunday.

The Merc’s list showed that the combined stock value of those 150 companies climbed to its highest level since the height of the internet boom in 2000. As noted, a kind of perfect storm has enabled a broad recovery among tech companies: the rise of new handheld gadgets such as the iPad, iPhone and Android devices; social networking’s growth; increased use of video online; more e-commerce; and corporations going back into technology-purchasing mode.

Companies responded to the growth by spending a lot on research and development, new plants and equipment, and stock buybacks. They also acquired a lot of smaller companies, but they haven’t yet hired a huge number of employees. That’s why Santa Clara County’s unemployment rate is still stubbornly stuck at 10.3 percent, compared to 2 percent in 1999. After shedding 62,000 jobs in 2009, the companies added a net 1,200 jobs in 2010, bringing combined worldwide employment to 1.1 million.

While the ranks of the SV150 hasn’t undergone huge changes, the tech industry has, John Walsh, a managing partner at Accenture, told the Merc. Social media, mobile gadgets and cloud computing are all remaking a lot of internet-based businesses.

All of that wealth still has to trickle down to the little folks. Many nonprofits in Silicon Valley are reporting very tough times still and, as the high unemployment rate attests, the recovery is only helping part of Silicon Valley’s residents, not all of them.