For the past couple of months, I’ve been exploring some of the more confusing terminology of VC term sheets.  In my last post, I discussed “protective provisions,” which grant the investors the right to veto or block certain corporate actions.  In today’s post I examine “drag-along” or “bring-along” provisions, which can be very tricky. 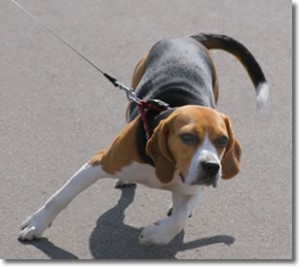 Drag-along provisions grant the investors the right to compel the founders and other stockholders to vote in favor of (or otherwise agree to) the sale, merger or other “deemed liquidation” of the company.  Investors view such provisions as an important protection, particularly if they seek to exit their investment and sell the company for a price less than the amount of their liquidation preference.

If the founders have strong negotiating leverage, they can push back and knock-out the drag-along provisions or at least insert certain reasonable protections (discussed below) which will make such provisions less draconian.

What are some key issues for founders? There are several issues founders should focus on.  First, they should require a higher threshold than a majority of the Preferred shareholders to trigger the drag-along (say, 2/3 rather than 51 percent) and also perhaps Board approval (though recent Delaware case law may make this problematic).

Second, to avoid a situation where the founders get no consideration because they are forced to vote in favor of a transaction at sales price lower than they believe they should take, the founders should push for a minimum sales price to trigger the drag-along (e.g., a price greater than 2 times the aggregate liquidation preference).  Obviously, the investors will push back very hard on this.

Third, founders should push for certain significant limitations relating to the representations, warranties and covenants they are required to make in the definitive acquisition agreement in the event of the sale or merger of the company.  For example, founders should push for what is called “several” (not joint) liability – to avoid a situation where they are liable for misrepresentations of any other sellers; and they should also push to limit their liability to an amount not in excess of the cash (or the value of the consideration) they receive.

Drag-along provisions can be important from a housekeeping perspective to avoid a situation where a few minority stockholders are holding-up a transaction approved by a super-majority of the stockholders — thus requiring, for example, a freeze-out merger.  The company should also include a similar provision (and a waiver of dissenter’s rights) in its stock option agreements.  However, a drag-along provision that is designed to grant the investors the unilateral right to force a sale (without the founders’ approval) is a big red flag.

(Missed previous installments in this ongoing series?  Click to learn more about the following issues:)