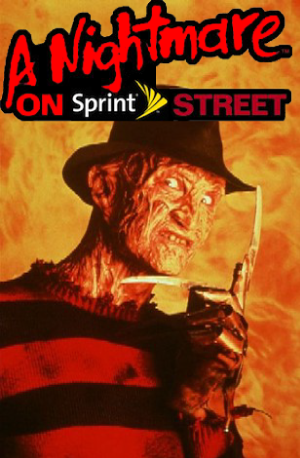 When Sprint announced it was working with Google to offer seamless integration of Google Voice for mobile phones on its network, it seemed like a win-win situation. But barely three days after integration support went live and its clear that everyone is losing — most of all, Sprint customers.

Everything that made Google Voice so appealing has become unavailable for some Sprint subscribers who have attempted to integrate their accounts.

Problems those subscribers have encountered include crippled Google Voice accounts, losing the ability to make or receive phone calls (and SMS messages), security breaches to voicemail and expensive international calling fees (that use Sprint’s rate instead of Google’s). Some can’t activate GV at all, but considering the mess integration is causing that seems more like a blessing than a problem.

What’s worse still is that if you are suffering from GV integration problems, Sprint customer service reps will direct you to the Google Voice Forum, which Google really isn’t acknowledging at this point in time. If you fall under one of these confirmed subscribers or are just someone who relies on their phone for more than just data, it’s probably best to hold off on any integration plans until things have been patched up.

According to Engadget, the problems stem from a failure to correctly issue unique access codes that grant your phone the authority to access things like voicemail and Google Voice. The blame seems to be shared by both human and computers at this point.

But regardless of how these problems are happening, it’s pretty clear that neither Google nor Sprint did enough error testing to ensure a successful launch.

The integration was intended to boost the number of Google Voice users, give Sprint an edge over other carriers and grant Sprint customers access to all the great benefits of using Google Voice without the drawback of having to reroute all calls through a Google utility number.

Instead, everything backfired and may even result in turning people off of Sprint and Google Voice in favor of something more reliable.