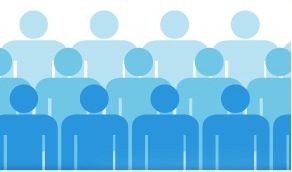 CrowdFlower, a startup that wants to help companies distribute basic jobs to crowds of remote online workers, says that it hit two big milestones this month — it has now managed its one-millionth worker, and those workers have accomplished more than 100 million tasks.

The San Francisco startup says there are a number of jobs where a large group of people can be more effective than a small team of experts, for example if a company wants to check the accuracy of business listings or determine the relevance of search results. So instead of assigning the job to someone in-house or hiring a specific freelancer, the company can crowdsource it through CrowdFlower, which has built a platform for distributing the tasks, aggregating the results, and determining whether workers are competent. These workers come from a number of different sources, including Amazon.com’s own crowdsourcing service, Mechanical Turk.

“CrowdFlower has demonstrated that crowdsourcing is a serious form of production,” said crowdsourcing scholar (and associate professor at George Washington University) David Alan Grier in a press release. “It marks the same kind of accomplishment that Henry Ford achieved in 1915, when he showed that an assembly line could build 250,000 cars in a year.

And yes, CrowdFlower says its growth has been accelerating. The company was founded in 2007, but the last 50 million tasks came in the last six months, with its biggest month ever in March of this year. The company says that it’s now processing a million judgments a day, the equivalent of three years of man-work.