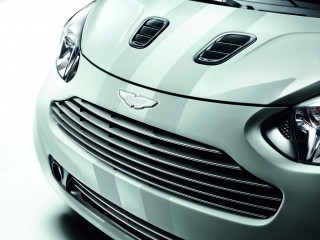 Every self-respecting spy need the latest gadgets to keep them safe, suave and sexy.

But while James Bond would be nothing without the technological prowess of Q, his favorite brand of automobiles looks to be turning its attention towards its own electric wizardry in the form of the all-electric Aston Martin Cygnet EV.

According to a report by British-based CAR Magazine, the luxury sports car automaker best known for its iconic sports coupes so familiar to fans of the James Bond movies is now well and truly into the development of an all-electric city car, the Aston Martin e-Cygnet.

Based on the Aston Martin Cygnet, which itself is based upon the diminutive Toyota iQ city car due to go on sale in the U.S. this summer as the Scion iQ, the all-electric e-Cygnet features its gasoline-sibling’s luxurious interior, redesigned front grill and Aston Martin price-tag.

Developing the all-electric e-Cygnet is a no-brainer for Aston Martin. In fact, we said just as much back in 2009 when Aston Martin first hinted that it could be working on developing the Toyota-built car for niche-market Aton Martin clientele. 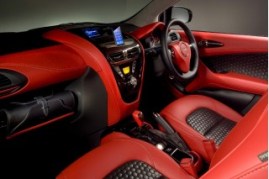 Due to come to market a whole year after Toyota’s own all-electric iQ or Scion iQ EV hits the streets, the Aston Martin e-Cygnet will give Aston Martin owners in urban environments a way to retain the prestige of owning a luxury car while complying with increasingly tough emissions laws in large metropolises.

At 120.1 inches in length the e-Cygnet is barely longer than the 2011 Smart ForTwo Electric Drive, but can seat three adults and one child inside its tiny frame.

Will one of those seats be James Bond’s legendary ejector seat?

It certainly won’t be a standard factory option, although we’re sure Mr. Bond will want to try out the e-Cygnet’s low-emissions credentials to sneak up on the latest enemy of the British government. Terrorists, anarchists and fellow spies: you have been warned.

Written by Nikki Gordon-Bloomfield, this article originally appeared on All Cars Electric, one of VentureBeat’s editorial partners.