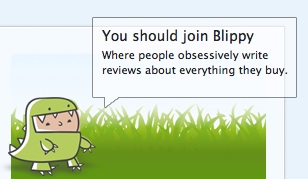 Social data may be the next big frontier for startups, but there are limits to what people are actually willing to share. Specifically, product review site Blippy recently revealed that it has moved on from its initial vision of allowing people to share information about what they’re buying.

Blippy’s “pivot” (to use the popular Silicon Valley term for “Well, that idea didn’t work,”) is outlined in detail in a post on TechCrunch, and the company’s chief executive Ashvin Kumar emailed me to confirm that the story is correct. The big message: After a few early spikes due to media coverage, Blippy’s traffic never took off, so it refocused on reviews, and now the company is refocusing again by working on some unidentified social commerce products that it’s not ready to talk about yet.

This is a pretty big change from the excitement around this area last year. Not only did the idea get the attention of Philip Kaplan (who co-founded ad network AdBrite and tech blog Fucked Company), who joined as a co-founder, but Blippy also raised funding from Sequoia Capital and Charles River Ventures, two of the top venture firms around. Meanwhile, TellMe co-founder Angus Davis launched a similar (if slightly more private) startup called Swipely, which had the backing of Index Ventures, First Round Capital, and Greylock Partners.

The lingering question about both companies, of course, was whether anyone outside a small audience of tech-savvy oversharers actually wanted to tell their friends about what they were buying. These doubts were exacerbated when the credit card data of some Blippy users leaked onto Google. So far, at least, the service hasn’t garnered much interest. In trying to find a new way to appeal to users, Swipely also announced a new mission in March to help shoppers save money at local businesses.

“We don’t think people want to share their purchases,” Davis said at the time. “Period.”