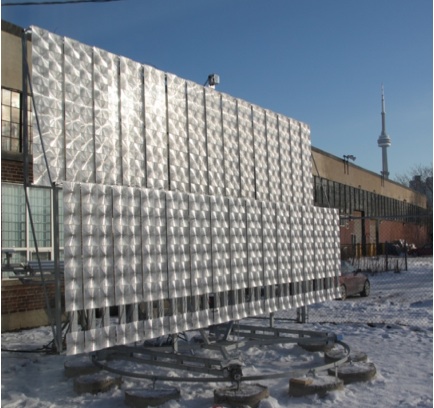 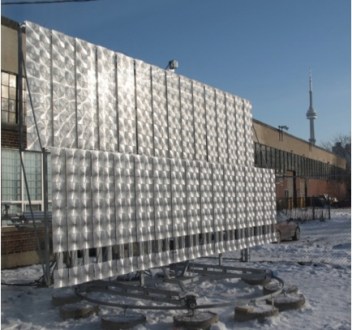 The amount of energy produced by photovoltaic panels could overtake that produced by fossil fuels like coal and natural gas in 10 years, according to the Institute of Electrical and Electronic Engineers (IEEE).

The amount of solar energy hitting the earth is around 100 petawatts, or 100 million gigawatts, according to the IEEE. Solar panels only need to generate around 15,000 gigawatts of power to provide enough energy for every household and business on the planet, the IEEE said. The average home in the U.S. uses around 920 kilowatt-hours of electricity each month. So solar panels would have to capture around 0.2 percent of the total amount of solar energy hitting the surface of the earth, according to the IEEE.

The amount of power generated by solar has been increasing by around 40 percent each year, according to the International Energy Association (IEA). By 2050, around 11 percent of all energy in the world — which will amount to around 3,000 gigawatts of power — will come from solar panels, according to the IEA. That’s enough energy to power around 253 million homes, the association said.

Only around 2.5 percent of that potential growth will happen based on the current growth trajectory for renewable energy, according to the U.N. report. That’s because a complete shift to renewable energy sources would cost global markets around $12.3 trillion by 2030. Global markets would have to invest around $5.1 trillion over the next decade and an as much as an extra $7.1 trillion between 2020 and 2030 to complete the shift.

Most of the scenarios examined by the United Nations still point to a substantial increase in the amount of renewable energy deployed by 2020 and 2030. Global markets added around 140 gigawatts of power from renewable sources between 2008 and 2009, bringing the world total up to around 300 gigawatts. That’s dominated by biomass energy sources, which account for around 10 percent of renewable energy generation.