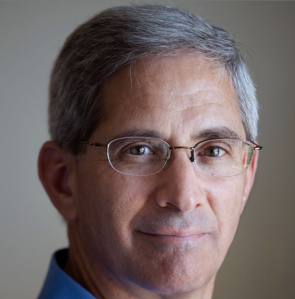 A new online education startup for Baby Boomers, The Encore Career Institute in Los Gatos, announced today that it has landed $15 million in first round financing co-led by VC firms Granite Ventures and InterWest Partners.

Founder and CEO Steve Poizner (pictured), a Republican politician with roots in Silicon Valley as an entrepreneur, was previously elected California’s Insurance Commissioner. He was also a candidate for the California gubernatorial election in 2010 but lost the June Primary to former eBay CEO Meg Whitman.

One of the issues debated during Poizner’s candidacy was how the Baby Boomer generation will face their pending retirements. An estimated 71.5 million Americans will be 65 or older in 2030, representing nearly one-fifth of the total U.S. population, according to the Administration on Aging, a unit of the U.S. Department of Health and Human Services. Poizner hopes they will depend less on Social Security and more on professional certificates and career counseling, which is why he started Encore.

“It was pretty obvious from the start that this was going to work,” says Rosch. “We have the opportunity to work with UCLA to build something that will do online education the right way. Rather than worry about building a brand we can rely on UCLA’s reputation. We can focus our investment on quality education content instead of branding.”

Encore is also partnering with The Sherry Lansing Foundation, which is working in late-career job training, and the Creative Artists Agency (CAA), an entertainment and sports agency which will use its star power to help Encore’s marketing and brand-building.

Encore acquired a team of marketers and engineers from eHarmony, and will use the dating site’s concept of match-making formulas to help Boomers find their ideal education and career paths.

“Encore will use questionnaires to figure out how people are learning; what’s working and what isn’t,” says Rosch. “We’ll also be ‘match-making’ in the sense that we’ll get successful students to help those that are struggling. Peer to peer video conferencing is something we will experiment with. We’re hoping to take this tailored program and make it work throughout their learning experience.”

“We’re talking to California employers about what kinds of people they want and what jobs need to be filled, and some of the biggest employers are in the healthcare sector,” says Rosch, who says health insurance provider Kaiser Permanente is asking for grief counselors and people to help those with chronic health issues navigate insurance. These types of jobs are well suited to many Boomers who, while no longer caring for their children, are now looking after their own parents’ health care needs.

Poizner has more than 20 years experience as a technology entrepreneur, starting and running companies in Silicon Valley. Prior to politics, Poizner founded and served as CEO of Strategic Mapping a digital mapping software company. He then founded SnapTrack which pioneered technology that put GPS receivers into cell phones.

Encore’s classes and services are expected to begin in Fall 2012.