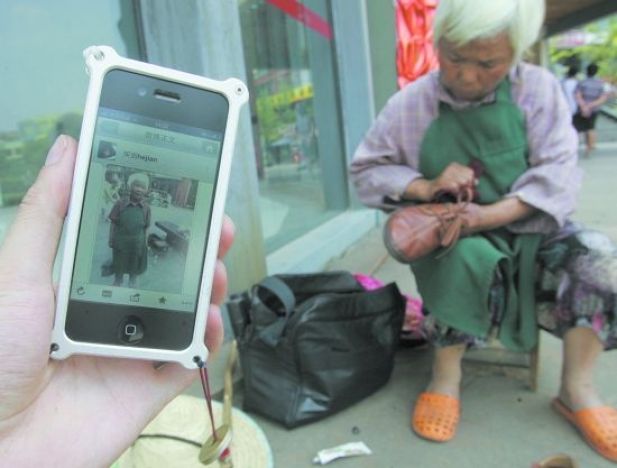 Here’s a quick break from all-things-American on July 4th:  Apple just sent us a tip about a shoe shiner in China reunited with her daughter after five years, thanks to an iPhone and Chinese microblogging site Weibo.

A 71-year-old shoe shiner hadn’t seen her daughter after the girl moved from home. A lack of internet, cell phones, and several address changes resulted in the separation. On June 24th, the shoe shiner saw someone with an iPhone and begged the man to do a search online for her daughter. There was no WiFi available in the area, so the man took a picture of the woman and later sent the image to his followers on Weibo, along with a phone number to reach the woman.

After just a few hours, with the help of celebrities and new organizations, the message was re-tweeted 100,000 times. The story spread through other media as well and on June 27th, the daughter saw her mother’s photo online and called the number.

One can only imagine how amazing that conversation must have been.

Here’s the full story from Chengdu Commercial News. Google Translate does a very rough job of converting it, but you’ll get the idea.