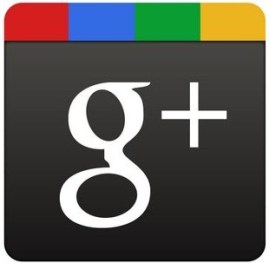 Google has already admitted it made mistakes with its user name policy on Google+, its fledgling social network, and now we have further word on how the company plans to fix its mess.

Google will warn users with names in violation of its terms of service before it suspends their Google+ accounts, provide clearer naming instructions during the sign-up process, and add support for nicknames, VP of product for Google+ Bradley Horowitz wrote on the service tonight.

“We’ve noticed that many violations of the Google+ common name policy were in fact well-intentioned and inadvertent and for these users our process can be frustrating and disappointing,” Horowitz wrote. In addition to the warning for violating names, Google has created a helpful support document to make it clear how to fix your Google+ name, and it will also be more transparent about the steps and time frames users will need to take heed of.

Horowitz says that your friends on Google+ will be able to search for your nicknames, assuming they have permission to view your profile data. The changes he’s listed so far will roll out over the next few weeks, but he also made it clear that Google is working on many more ways to improve Google+.

Horowitz also responded to those who’ve criticized the company for not letting businesses join the service yet. He wrote: “We aspire to having great solutions for these (and many more) use cases. While this may appear as easy as the stroke of a policy pen (“Just let the businesses in!”), we think we can do better. We’re designing features for different use cases that we think will make a better product experience both for them and for everyone else.”

It’s a good thing that Google is finally opening up about its naming policy, because the Web was working itself into a tizzy this weekend over news that accounts on the service were being wantonly deleted. As far as rough patches go for new social networks, the name policy issue isn’t a major one for Google, and its swift response is a sign that the company will be better prepared to jump on future crises.