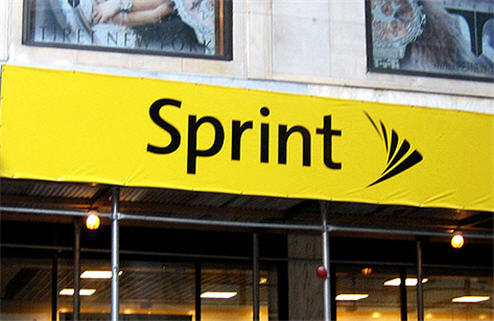 Wireless carrier Sprint announced today it has struck a 15-year agreement with upcoming 4G wireless provider LightSquared, which could allow Sprint to move on from WiMax 4G to more-promsing 4G LTE technology.

The news is good for Sprint, which reported an $847 million second quarter loss. The LightSquared deal would give Sprint $9 billion in cash and credits over 11 years to build a 4G LTE network that LightSquared can sell wholesale and Sprint can offer to its customers.

The deal suggests Sprint will likely move to LightSquared 4G from its current Clearwire-backed WiMax 4G. Clearwire and WiMax 4G have been a strain on the company, so moving to 4G LTE with a partner that has cash on hand makes sense.

The deal “presents tremendous opportunity for both companies,” according to Dan Hays, who regularly follows the telecom industry for global consulting firm PRTM.

“For Sprint, this will defray a significant portion of its planned capital investment while providing an opportunity to tap into LightSquared’s 4G technology,” said Hays via e-mail. “For LightSquared, this deal will dramatically reduce the cost and time required to deploy its nationwide, mobile broadband network to hundreds of millions of Americans.”

Reston, VA-based LightSquared has raised more than $2.3 billion in the last 12 months, with $265 million being invested early this month. The company has been in the news recently because its proposed 4G LTE technology apparently causes network interference problems for GPS devices. The company responded to these claims by moving the launch of its network to a new slice of spectrum, which “resolves the GPS interference issue for 99.5% of all commercial GPS devices,” it said in a statement.

Ron Westfall, an infrastructure research director at Current Analysis, said another issue with the deal will be winning FCC approval. The FCC has yet to approve LightSquared’s efforts to resolve the aforementioned GPS issues.

Sprint has a clear incentive to better its 4G technology for the future. If AT&T’s acquisition of T-Mobile goes through, Sprint will be the lowest-cost carrier in the U.S. and the clear budget alternative to Verizon and AT&T.

But in the short term, the deal won’t affect Sprint’s ability to compete with AT&T and Verizon in the 4G battle and it will have to rely on WiMax to keep attracting customers.

“It’s too early to judge how much this deal will drive Sprint’s ability to compete more effectively with Verizon and AT&T in the 4G realm,” Westfall said. “If all goes according to plan (and there are plenty of ifs here), then it will prove good news for consumers and businesses, especially in rural and underserved markets.”

What do you think of the Sprint and LightSquared deal?