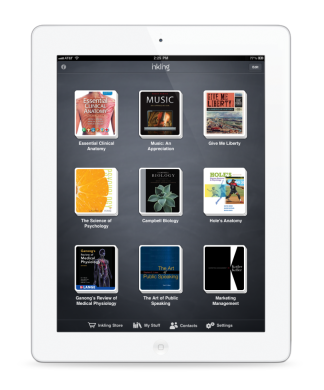 Digital textbook company Inkling announced Wednesday that is has scored $17 million in second-round funding from Tenaya Capital to compete with major competitors entering the space.

Collegians are getting more attention with companies like Chegg and CampusBookRentals, which recently raised $20 million, taking over the textbook rental market. But what about textbook innovation? Sure, the ability to hack down prices is A+ (get it?), but Inkling thinks interactive elements are key and believes the publishing industry soon will as well.

Inkling builds digital textbooks from scratch, using only the print publication as the ground floor. These textbooks, only available on their iPad client, allow students to interactively read and subsequently learn by doing.

“There will be two music titles where you can listen along to the symphony while the app walks you through the points of interest along the way,” according to Inkling chief executive Matt MacInnis,

Additionally a new architecture title, launching in the fall, will allow students to view famous building and monuments in rotating 3D.

But in the tablet-based textbooks space there is a new giant elephant in the room: Amazon.

“The Kindle announcement was a bit of a red herring,” MacInnis said. “Their technology isn’t really suited to this. It’s difficult to scan a 3D molecule on a Kindle screen.”

But MacInnis knows Amazon, among others will mature their offerings. “Folks like Amazon, where today [the Kindle] is not sufficient, they’re smart people,” he eluded. “Even Chegg knows the future of publishing is not really about the print book or a replica on a device, it’s about redefining that product and giving an engaging experience” 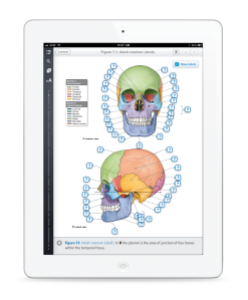 Price-wise, Inkling is already competing with textbook rental companies. Downloading a textbook is already almost 40 percent off its in-print price. But more importantly, students can download single or groups of chapters for as low as $2.

“If a student only need 15 chapters for the first semester, which is common, they can do that,” said MacInnis. “And they can keep it, it’s not like a 30 day trial.

Educational software company Kno is undoubtedly their biggest competition at the moment. Its 70,000 strong digital textbook offerings are backed by Andreessen-Horowitz and offer a very similar reading and interactive experience.

With competition in mind, Inkling will be using the majority of the $17 million to hire software developers. Currently, the company has 60 employees based in San Francisco, with hundreds working offshore.

In addition to the funding, Inkling is adding Tom Banahan, general manager at Tenaya Capital.

The company was looking for someone dedicated to the long haul and carefully chose Banahan.

“We’re really inventing a new medium and it’s going to take a while for the publishing industry to catch on,” said MacInnis. “We’re building a really big business and [Banahan and Tenaya] are going to stay the course.”

Inkling was founded in 2009. The company does not disclose all financial rounds. Investors include Tenaya Capital, Jafco Ventures, Pearson Education, and Sequoia Capital.