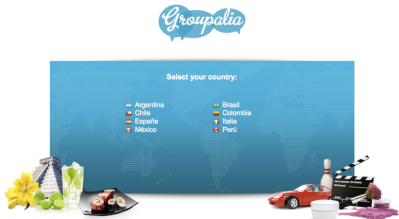 Deals site Groupalia doesn’t do something new, but does it in a new place. The year-old consumer deals company has exploded onto the southern European and Latin American markets and is raking in millions.

The company scored two robust rounds of funding in five months, including a $26 million round today, close on the heels of a $15 million round in April.

Group buying is not just a Unites States phenomenon. Groupon entered Europe in 2010; Kgbdeals operates successfully in the United Kingdom, Italy and France. Groupalia is now dominating southern Europe and its investors seem to be pleased with the progress.

Like many deals sites, consumers can choose from eight countries on Groupalia’s home page. From there, the site prompts you to claim your city and then takes you to the deals. Deals are fairly recognizable: massages, restaurants, etc. Slightly different are discounts on technology such as 100 euros off a 16G iPad2.

Marcel Rafart, president of Groupalia, says that the funding will be used to expand into new countries. Whether those countries are in Europe or Latin America based remains to be seen. Customer service will also see a boost from the funds.

Insight Venture Partners managing director Larry Handen explained to VentureBeat that Groupalia is worth the repeat investment. “Measured purely on results to date, [Groupalia’s] performance has been exceptional,” he said.  The company’s executives also play a role in attracting investments.

“[Groupalia’s executives] tend to take a very strategic approach,” Handen explained. “You’ve got the best of both 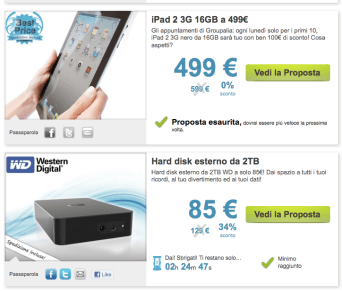 worlds. They’re thinking in terms of quarters and years, but are acting in terms of campaigns, hours and days. In this market that’s exactly what you need.”

Larry went on to explain that group buying has been well received in Europe, but that it tends to by “hyper-local” and skewed less toward chain establishments.

According to a statement by Groupalia, the company turns over 14 million euros per month, a benchmark they reached in July. Groupalia sold 10 million euros in deals this past June. Joaquin Engel, chief executive of Groupalia says that the company sees 90 percent customer satisfaction and 50 percent repeat partners.

Groupalia is the largest group buying site in southern Europe, according to Handen.

Groupalia was founded in 2010 and is present in eight countries and has over 10 million users. The company has 6,000 employees and engages 10,000 partners on its deals sites. Investors include Nauta Capital, Caixa Capital Risc, Lucas Carné, José Manuel Villanueva, General Atlantic, Insight Venture Partners and Index Ventures.