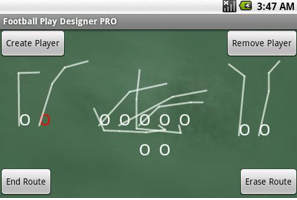 The King of Code contest is sponsored by Windows Phone and is open to developers on any mobile platform.

Just 18 years old and fresh out of high school, David Magnotti is already making a name for himself as a mobile developer. The founder of Noble Ox Technology, Magnotti has published four applications for Windows Phone and Android that have already racked up thousands of downloads.

In Magnotti’s case experience has little to do with age. “In high school, I focused strictly on two things: programming and sports. Every time I wasn’t sleeping, practicing or working out, I was on the computer, usually from the time school ended to the time I went to bed.” said Magnotti.

Before starting his company, he spent years studying web development and reverse engineering on the Windows platform. Magnotti has always bounced between languages and platforms — creating XHTML/CSS templates, writing a multi-thousand line IRC client with Python and managing a servers with various web services, to mention just a few of his projects.

Now thoroughly comfortable with Android, Magnotti has ventured into developing for Windows Phone, pursuing an even bigger market for his apps. His first WP title is is NFL.com News, a simple RSS-based app that helps football fans keep up with the latest NFL stories.

“Being a student, I was able to join the Windows Marketplace free of charge, so you could say I looked at the opportunity and

decided there was really nothing to lose,” Magnotti said of his transition to Windows Phone, adding that he is currently porting Football Play Designer Pro to Microsoft’s platform. “Windows Phone has more users who are willing to pay for applications… and it’s much easier to develop for in my experience.”

Now that it’s summer, Magnotti is spending upwards of 40 hours a week on programming projects. While he’s spent several hundred dollars on startup costs, he’s been able to bring in a few thousand by freelancing. Magnotti said he’s also in talks with a company interested in turning Football Play Designer into a product series that could turn more profits.

“While I always have some small projects that I hope go viral, my main goal is to find a niche market and dominate it,” he said. “For now, that’s mobile play design for American football. After I publish my Windows Phone port of my Android application, I’ll be designing an iOS browser-friendly port of Football Play Designer.”

Magnotti also has a related mobile game in the works. It’s inspired by paper football, the table-top game in which two players flick a paper “football” back and forth attempting to score touchdowns.

“The innovative part is that you’ll be able to play it using two handsets — any handset, including Android, Windows Phone, iOS — or a desktop with AJAX/HTML5 support,” Magnotti said.

Because the game will require him to invest a fair amount in bandwidth, Magnotti plans to release it for free and support it with advertising.