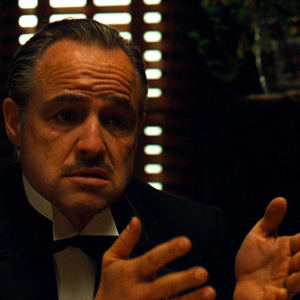 Early on Wednesday, the cinema classic The Godfather was made available in its entirety on YouTube by an authentic-looking account called “SonyPicturesUK.” We wrote about the event and thought the idea of putting the film up was bold. Turns out, the account hosting the film was a fraud.

Sony has contacted VentureBeat to let us know that “SonyPicturesUK” account has been taken down as well as the full-length film. A representative from Sony wrote:

On Wednesday, August 24 reports surfaced alleging that Sony Pictures UK had posted a copy of The Godfather movie to a YouTube account “SonyPicturesUK.” The YouTube handle in question is, in fact, not a Sony Pictures account and is in violation of Sony Pictures’ rights. Upon discovering the existence of this fraudulent account, Sony Pictures Entertainment worked with YouTube and the account was deactivated. Sony Pictures is investigating the violation.

While we’re saddened that movie is down, perhaps movie studios should take note. The studios have been looking for ways to combat piracy of their films for several years now. Putting one of the most critically acclaimed films ever could be a gesture of goodwill toward movie lovers and a way to stem some piracy.

The Godfather full-length film was not available in HD on YouTube, but it was available in 480p. That’s acceptable for YouTube and probably decent enough for someone who was thinking of pirating the film. Plus, the YouTube version could have advertisements sold against it. Those looking to watch the film in HD would still have to rent or buy the film through legal means.

YouTube has been trying to expand its full-length movie offerings since May, when it launched an online rentals service. At the YouTube Movies channel, users can rent recent movies like Paul and Your Highness as well as classics like American Graffiti and National Lampoon’s Vacation.

Do you think studios should experiment with putting up full-length features for free on YouTube?