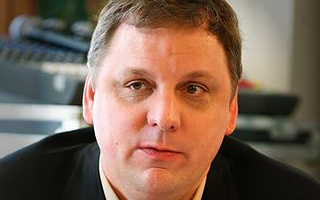 Michael Arrington, founder of the influential technology blog TechCrunch, is raising a $20 million fund to invest in early-state tech startups.

According to Fortune, the primary partner in the fund will be TechCrunch parent company Aol.

UPDATE: An Aol spokesperson confirmed to VentureBeat that the TechCrunch founder will indeed be a partner in “CrunchFund,” as the investment fund will be called. The rep also stated that Arrington will be replaced by a new managing editor for day-to-day writing and editorial duties but will remain onboard as an occasional contributor and founding editor.

In our brief conversation with the spokesperson, we could not determine whether CrunchFund is a venture of Arrington, TechCrunch, Aol or some combination of the three; we are therefore unable to determine what ethical difference removing Arrington from daily blogging will make.

Arrington will run the fund together with his college friend Patrick Gallagher, a VantagePoint Venture Partners investor. Other partners are rumored to include some of the biggest names in Silicon Valley venture capital, including Kleiner Perkins, Greylock and Sequoia Capital.

Aol acquired TechCrunch about one year ago.

Arrington’s past investment activity has raised some eyebrows. As an executive of an ostensibly journalistic publication, he might be expected to avoid real or perceived conflicts of interest.

One of the funds in which Arrington invests, led by Ron Conway, puts $150,000 of convertible debt into every startup in Y Combinator, an influential and successful San Francisco incubator. As we’ve heard from many Y Combinator startups, a “TechCrunch launch” is an unwritten goal for every company the incubator graduates.

For startups, this is a sweet deal: Any of them lucky enough to get into Y Combinator get guaranteed money and a high likelihood of coverage in a large tech blog.

But from a journalistic point of view, it’s a conflict of interest, since TechCrunch has an incentive to inflate the importance of the incubator and its fledgling companies.

“I don’t claim to be a journalist,” Arrington told the New York Times, which pointed out that he nevertheless writes many news stories. “I hold myself to higher standards of transparency and disclosure.”

While the ethics of the situation are debatable, Arrington’s actions are not illegal and would only be so if he were investing in publicly traded companies. If one of the companies in which he invests were to IPO or be acquired by a publicly traded entity, TechCrunch would no longer be able to write about that company without first divesting.

We can’t wait to see whether this new fund turns out to be a reality, and if so, how Arrington walks the ever-thinner line between journalism and investment.

We are reaching out to the parties reportedly involved and will update you with any further details.