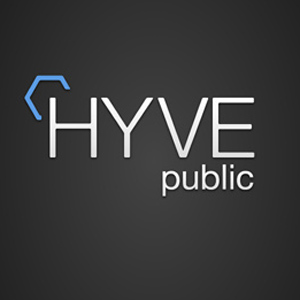 This article is part of a series of posts about DEMO alumni and news of their progress. DoubleDutch launched at DEMO in Fall 2010. Check out more at DEMO.

But the new HYVE Public app, which only runs on the iPhone, represents an opportunity for users to get a taste of DoubleDutch’s premium offerings for free.

“This is a sort of wild experiment to take one of our private apps public,” DoubleDutch CEO Lawrence Coburn told VentureBeat. “It’s not exactly freemium because there’s no way to upgrade in-app. At a bare minimum, it’s a live demo that may interest users in the paid product.”

The new app is based on the idea of “tapping” rather than “typing.” HYVE Public integrates geo-tagging so you can tag where you are when you post an update. It also lets you post your updates to Twitter, LinkedIn, and Facebook if you so choose.

Coburn said there is a lot happening at the intersection of mobile, social and location right now, but not every network is designed in such a way to better enable businesses.

“Not every business wants to pay for social networking tools,” Coburn said. “And many businesses don’t see Twitter or Foursquare as the right network to accomplish their social goals.”

· In-app gaming mechanisms for an engaging user experience such as earning badges and points
· A competitive leaderboard that tracks how users are doing against friends as well as the entire user network
· Full integration with Facebook, LinkedIn, and Twitter for easily broadcasting work achievements out to additional networks
· Personalized analytics that show a graphical breakdown of a user’s productivity and time spent on various projects and customers 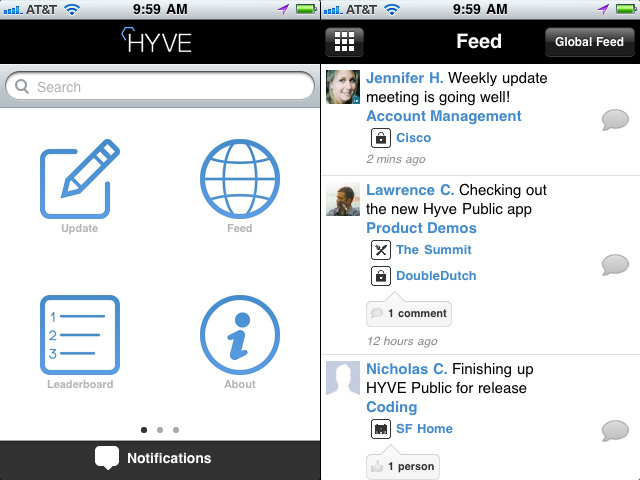 Cisco, Amdocs, Adobe, TED and HP are among the companies and organizations currently using the HYVE suite.