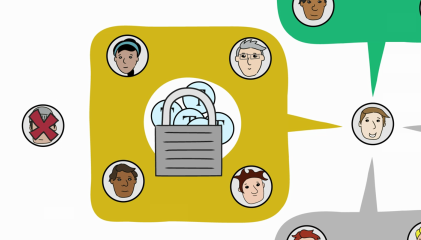 Startup Posterous is doing a bit of a start-over today. Founded in 2008 as a simple blogging via email service, Posterous is restructuring itself based on a new private sharing mobile application called Posterous Spaces, according to Forbes.

“I’m almost in tears, I’ve never been more excited,” said founder and CEO, Sachin Agarwal in an interview with VentureBeat. “We’re trying to build something for normal people, and normal people want control of what they share.”

Agarwal emphasizes the new app isn’t just for sharing photos, but the bulk of what his users are sharing are photos. This is a mobile app, after all. However, if you’re feeling ambitious and want to post lengthy blog pieces from your iPhone, you still can.

The Posterous Spaces iPhone app helps friends and family privately share posts (especially photos and videos). The app’s biggest competitor in the photo sharing sector is private photo sharing app Path, which was created by former Facebook executive Dave Morin. That’s not the only Facebook similarity. Posterous Spaces also has “Like” and comment features for photos.

Posterous is jumping into a very crowed mobile photo applications market. There’s Instagram, Photovine, Streamzoo, Liveshare and literally hundreds of others, not to mention social networks with similar features like Google+ and Facebook. Posterous plans to differentiate itself by targeting people who don’t use social networks and who prefer more private sharing.

This is a smart move for Posterous. In an increasingly mobile-based blogging space, and if a picture is worth 1,000 words, it makes sense that people will be more interested in sharing pictures on the fly instead of writing lengthy blogs. 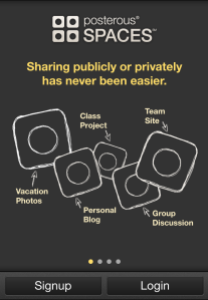 Another clever move is that the app will help non-technical friends and family members connect over email. The Posterous Spaces app lets people take an iPhone photo or select an existing photo from iPhone albums and email those photos. Non-registered users can email photos to Posterous Spaces and add them to the photo album. Posterous Spaces photos can also be shared on Facebook, Twitter or Flickr.

My personal favorite feature is that multiple photos can be added to one post. This is something many competitors are lacking.

Posterous is backed by Y Combinator and has raised $5 million in venture funding. There are currently 15 employees at Posterous.

“We’re almost too small to be doing this type of work,” says Agarwal. But that’s the fun of being a start-over, I mean, startup, right?