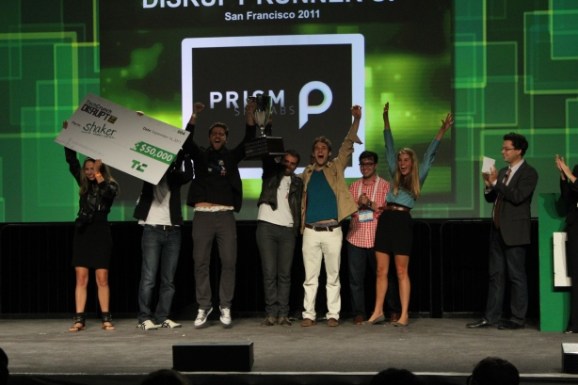 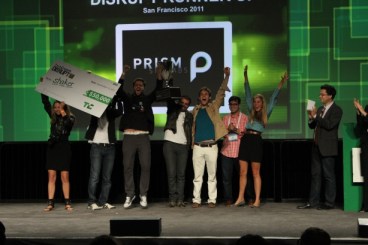 Despite that whole hooplah over former TechCrunch editor Michael Arrington leaving the company, there was still plenty of excitement over the startups presenting in TechCrunch Disrupt 2011’s Startup Battlefield.

The startups took the stage and battled it out to determine the winner of the Disrupt Cup as the most disruptive company. After all, that’s the point of Disrupt — finding the next big thing that will disrupt technology as we know it. By the end of the day, we’d all but nearly forgotten that TechCrunch’s head honcho had checked out.

This year’s field featured more than 20 companies ranging from social games to big data companies and social buying sites. Shaker, a socializing app on Facebook, won this year’s Disrupt Cup as the conference’s most innovative company. Vocre, a translation application for the iPhone, was the most popular app with the audience.

It’s not clear what direction TechCrunch will take under its new editor-in-chief Erick Schonfeld. But the team certainly knows how to put on a good show and generate a lot of buzz for the startups that they cover on a daily basis.

Here are our favorite companies from the show:

It’s kind of like Habbo Hotel, where you can walk around and interact within a virtual “bar’” and talk with other users in the “bar.” You can buy them drinks, start a chat, dance on the bar and flirt with others. It’s not a dating app, even though there are plenty of ways to strike up a conversation with a girl or guy you might be interested in, the app’s founders said on stage. 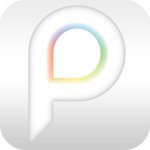 2. String together security footage for real-time images of a business with Prism Skylabs

Prism Skylabs captures video from security cameras and webcams and creates a stream of real-time images of a business. The software takes multiple images captured from video streams such as security cameras and web cameras. It then compiles the images together to make a higher-resolution image that blurs out people in the photo for privacy reasons. Prism Skylabs was the runner-up for the Disrupt Cup.

Users log into Cakehealth using their insurance company’s login information and the site automatically downloads all the associated data with a health care plan. That includes information about deductibles, co-pays and reminders — such as picking up new prescriptions and getting regular teeth cleaning. The company tracks health care usage and gives suggestions about health care plans when enrollment opens if they can save you money.

4. Amen wants the world to hear your strongest opinions

Amen is a mobile application for “broadcasting a strong opinion.” Users input a place, thing or person and decide whether they think it’s “the best” or “the worst.” You can add a few lines of text after that, but most messages end up something like “This thing is the worst thing in the world.”

5. Get group deals on farm-fresh food with Farmigo

Groups of people can sign up with local farms and buy farm-fresh goods in bulk through the site. Farmigo then organizes deliveries of the produce, dairy, or meat from the producers directly to nearby pickup locations. The producers set a minimum number of people who have to sign up for the farm purchase before they start delivering to a location. The site already has around 1,500 pickup locations.