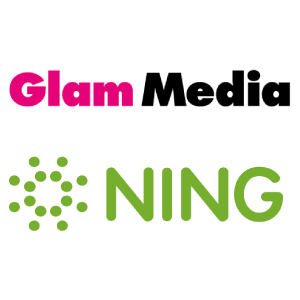 Glam Media, a content and media company focused on women but with increasing ambition, has acquired Ning, a web service that lets people build their own social networks. The purchase price was undisclosed, but the deal is well below Ning’s $750 million valuation when it was at the peak of its hype a few years ago.

[Update: The deal was worth $150 million, according to Bloomberg.]

Most significantly, the addition of Ning gives Glam a reach of a reported 240 million unique viewers, which makes it second only to Facebook’s over 750 million uniques. Glam reaches people with its content, produced by authors using its platform, as well as the ads it serves on pages in its network. Many of of those pages are not directly owned by Glam, but in the parlance of the advertising industry, “reach” is everything. Being able to boast that it is the second largest in overall reach gives it significant clout in being able to purchase ads. And it can now say it is the third largest “social profile” company, after Facebook and LinkedIn.

Ning was founded in 2005 by then-CEO Gina Bianchini, with backing from Marc Andreessen and others. It now has about 100,000 social networking sites, and makes money from those sites because the owners pay Ning a subscription fee to keep those networks running. Glam is interested in Ning, because it gives Glam an established “social profile” property. Glam is seeking to build out its social profile component, but realized it was going to be difficult to build organically, because the field is moving so quickly.

We’ve confirmed from a source close to the companies that the acquisition price is nowhere near the stratospheric level of $750 million, which is what Ning was valued at in 2010 when it raised its last round, and is significantly less than even $500 million, where it was valued in 2008. Ning has raised over $100 million in funding during the course of its life.

“Ning is the clear leader for creating custom social websites and communities,” said Samir Arora, Chairman and CEO of Glam Media, in a statement. “Acquiring Ning adds a natural extension to our social media platform, new distribution channels and a talented Silicon Valley team, all of which support our aim to connect brands with engaged, passionate audiences.

“With the addition of Ning, Glam Media will truly become the first next generation media company in the post-social world,” Arora added.

Ning will operate as a new business unit within Glam Media, the two companies said in an announcement. Jason Rosenthal, Ning’s CEO, will join Glam as EVP Social Media & General Manager of Ning, and will be a member of the Glam Media executive team. Additionally, Marc Andreessen will join Glam Media’s board of directors, joining Accel’s Thereisa Ranzetta and DFJ’s Tim Draper as well as Glam co-founder Fernando Ruarte, CEO Arora and Marcel Reichart of Hubert Burda Media.

[Update: Andreessen has blogged about the merger here.]

Glam now boasts it is now the sixth largest U.S. property in display advertising by volume. Ning has about 60 million uniques a month, and 100 million registered social media profiles.