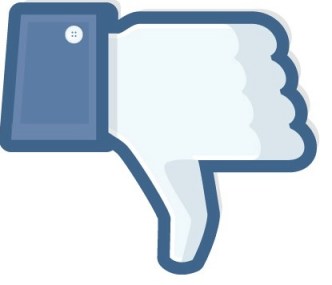 When a company has achieved complete market domination, it usually hones in on its core features and makes every effort to keep things clean and simple. This is the reason Google’s homepage and search results barely changed for 10 years while Google’s revenue and profits skyrocketed.

Facebook, however, has different ideas. Despite the often rumored Facebook fatigue, Mark Zuckerberg thinks that sharing will double every year. Now that we can already Like everything on the web, what else can we possibly share?

Enter the rumored Read/Watch/Listen features that are expected to be launched on Thursday at the Facebook f8 conference. Now, your profile will automatically be updated with everything you are reading, watching, and listening to. On one hand, it’s a pretty cool way to share content and see what people are consuming. On the other, it’s a whole new barrage of sharing activity when people are already sick of sharing. Yes, it’s cool to know that you liked an episode of CSI. Maybe I’ll check it out. But if that indicator is lost amongst the sea of every other bit of media that you have ever consumed, it doesn’t really mean much.

People definitely like to decorate their profiles, and unfortunately Facebook profiles are quite spartan and rarely updated. In the early days of Facebook Platform, people could add apps to their profiles like “Where I’ve Been” and iLike to show off where they’ve travelled and what songs they were listening to. The iLike model worked really well and people were not creeped out by it.

Sites like Clicker.com that partnered with Facebook early on for instant personalization already incorporate a stream of what you’re watching, but they’re localized and do not syndicate everything back to profiles. Users have been very comfortable with this type of functionality and have embraced it since it helps them navigate the content on websites. However, Facebook has historically had huge headaches when automatically syndicating activity back to a profile from a website, such as the 2007 user revolt over Facebook Beacon. I fully appreciate an attempt to make profiles alive again, but perhaps there is a middle ground between adding apps and automatically populating your profile with everything you’re consuming from around the web.

The biggest issue Facebook faces in rolling out new features is that its 750 million users already have a very clear definition of Facebook: photos, events, address book and casual games. Essentially Flickr + Evite + Plaxo + Yahoo Games. Users are kind of open to brands being part of this mix because everything else they use has advertising. Trying to get them to do anything else is like pushing a rock up a hill.

The new double newsfeed is completely perplexing. The bigger layout in the middle makes sense and completely apes the polished Google+ look with larger photos and more spacing. But the layout to the upper right with a scrolling feed of news is confusing. One of them updates by clicking; the other updates automatically. One of them has large fonts and a lot of space; the other has small fonts and is tightly spaced. One of them requires you to click to see more; the other one has a hover feature to see more. One of them uses the browser scrollbar; the other has a mini scrollbar that appears on hover. It’s like two websites got mashed into one. I am getting text messages from anthropologists in San Diego asking me what happened to Facebook today. In previous iterations of Facebook I could always explain why the new version was better. This time, I frankly have no idea.

Historically, Facebook has always iterated very quickly and added features quite capriciously, even if it pissed users off. However, the features were well thought out and eventually people grew accustomed to them. This latest barrage of features is quite far from Facebook’s core usage patterns and just doesn’t make sense.

Steve Jobs has left a generation of techies who are constantly asking themselves, “What would Steve do?” Definitely not this. Facebook, you’ve already won, it’s time to chill out a bit! Bigger pictures = good. Two completely different newsfeeds on one page = bad.

Peter Yared has founded four e-commerce and marketing infrastructure companies that were acquired by Sun, VMware and TigerLogic. You can follow him at @peteryared.