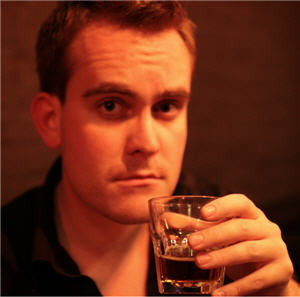 Former TechCrunch staff member Paul Carr announced today on his blog that he was starting a new company based in Las Vegas, Nevada with investments from Zappos CEO Tony Hsieh and Michael Arrington’s CrunchFund.

Carr resigned from TechCrunch last week after a conflict with the publication’s parent company AOL over the firing of Arrington. At the time, Carr said he didn’t have any specific plans for the future, but the move to start a company is hardly surprising considering his experience and personal ties with his former boss (Arrington).

“Having Michael’s backing through CrunchFund is awesome for two reasons. First, I love working with him and am really happy to have the opportunity to do so again so soon after the whole TechCrunch/AOL debacle,” Carr wrote in the post. “And second, half of the money in the CrunchFund comes from AOL. I mean — ha! AOL!”

While Carr didn’t disclose what the company would be doing, he did reveal that it deals with subject that he’s written about “passionately” in the past for both TechCrunch and U.K. newspaper The Guardian. According to a Business Insider report, the new company will focus on a specific problem at the intersection of technology and media.

Carr said he plans to document the experience of creating a company in a weekly “startup diary” that will appear weekly in The Guardian.

Financial information about the seed funding for Carr’s new startup was not disclosed.