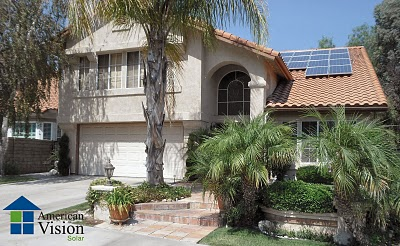 Search giant Google today announced it has made another large investment in a residential solar provider, this time dropping $75 million into Clean Power Finance, an online service that connects solar panel installers with investors.

Clean Power Finance connects solar panel providers and installers with investors looking to drop money into residential solar providers. Those investors provide financing to home owners, who are then able to purchase or lease out solar panels at a more reasonable cost. There are some major companies that provide financing options, but Clean Power Finance could be more attractive for smaller installers that don’t have a large market share and can’t price their systems as competitively as companies like SolarCity and SunRun.

It’s a web-based interface that streamlines the connection process between installers and investors. The installer builds the photovoltaic panel system, the investor owns that system, and homeowners make monthly payments to the investor until they completely own it.

Google made the announcement at the Renewable Energy Finance Forum in San Francisco, Calif., today. This is the company’s second investment in a residential solar provider. The search giant recently created a $280 million fund for residential solar power projects run by SolarCity. The fund gives SolarCity the capital it needs to create more reasonable financing options for homeowners who are interested in installing solar panels on their roofs but don’t have the cash to buy panels outright.

So far, Google has skirted around tying up with SunRun, another large provider of residential solar panels. SunRun has a market share of around 28 percent, though it fluctuates between 26 and 28 percent depending on the month, SunRun founder Ed Fenster told VentureBeat. That means that 28 of every 100 homes installing solar panels on their roofs are leasing panels from SunRun.