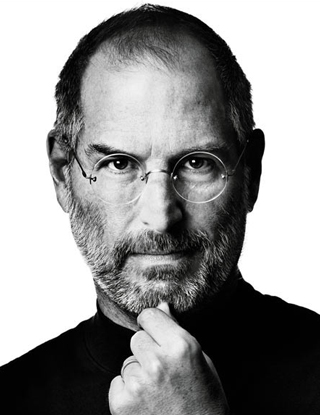 Apple co-founder and former CEO Steve Jobs has died. He was 56.

Apple posted the following brief announcement on the company website:

Apple has lost a creative and visionary genius, and the world has lost an amazing human being. Those of us who have been fortunate enough to know and work with Steve have lost a dear friend and an inspiring mentor. Steve leaves behind a company that only he could have built, and his spirit will forever be the foundation of Apple.

In his public life, Steve was known as a visionary; in his private life, he cherished his family. We are thankful to the many people who have shared their wishes and prayers during the last year of Steve’s illness; a website will be provided for those who wish to offer tributes and memories.

We are grateful for the support and kindness of those who share our feelings for Steve. We know many of you will mourn with us, and we ask that you respect our privacy during our time of grief.

For some time, Jobs had struggled with health issues. He underwent surgery for pancreatic cancer in 2004. At the beginning of 2009, Jobs wrote an internal Apple memo stating, “My health-related issues are more complex than I originally thought.” With that, he took a six-month leave of absence, during which time he underwent a liver transplant.

Jobs returned to Apple, but on January 17, 2011, was again forced to take a medical leave of absence. Several months later, he announced he was permanently resigning as Apple’s CEO.

When Jobs stepped down from his full-time position at Apple, we gathered a collection of tributes from executives in technology.

“The world owes an enormous debt to Steve,” said Steve Perlman, the creator of Apple’s original QuickTime player and the current CEO of OnLive, at the time of the resignation. “He has spearheaded so many of the tech and design paradigms that today we take for granted. Steve is one of the most influential and inspirational people of our era, and his direct leadership of Apple will be missed.”

Condolences and remembrances should be addressed to rememberingsteve@apple.com.