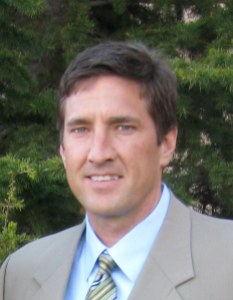 SocialTwist provides incentives to a company’s current customers in exchange for referrals on their social networks. The company puts a lot of stock in what many of us already know — people consult their friends before making a purchase. Particularly if that friend has heralded the product on their social network. A SocialTwist client’s customers can access a dashboard from which to share a product across Facebook, Twitter, MySpace, LinkedIn, and less social hubs like e-mail or blogs. They are provided with a link to the promoted product and then compensated on their referrals.

Thus far, SocialTwist has seen significant growth year-over-year. Last year’s third quarter compared to this year’s represents a 60 percent growth in revenue. Dillon, who previously worked for Omniture, a subsidiary of Adobe, is now SocialTwist’s Chief Revenue Officer and Sundaram who co-founded GT Nexus, will take on the roll of chief marketing officer. Last August, the scalped another big name company exec, Sanjeev Agrawal, for its president. Agrawal was once the head of product marketing for Google and vice president of marketing and cloud services at Motorola.

But beefing up its upper ranks with big names can only go so far in a sardine-packed industry. Offering someone a reward for spreading your message is not new, nor is crowdsourcing. But the company has some big name customers already and can build off of that base. They include Coca Cola, Jamba Juice, Old Navy, Barnes and Noble, eBay, and Proctor and Gamble.