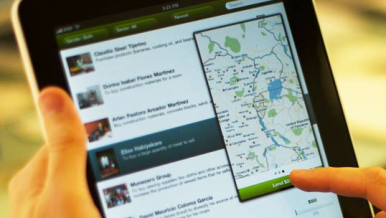 Sencha, provider of HTML 5 tools for web and mobile developers, received $15 million in a second round of funding led by Jafco Ventures.

HTML 5 applications can make beautiful, interactive experiences on PCs and mobile devices. But there are some drawbacks to using HTML 5 that have held the marketplace from rushing the field. These apps are unable to connect to a device’s own native apps and data. For example, an HTML5 app running on an iPhone wouldn’t be able to access the camera or address book, because those live within the mobile operating system, which HTML 5 exists apart from. But, aside from these drawbacks, there are many pros to developing with it

“The future is a multi-device world,” said Michael Mullany, chief executive of Sencha, in an interview with VentureBeat. “The web is really the only platform that can span [many different devices] … you’re not going to have a native platform that is going to talk to all of those.”

Mullany feels it would be an arduous task to creative native applications with the same user experience across multiple operating systems and devices. Because HTML 5 apps are web-based, they can provide a cohesive experience across those devices, including your tablet, phone, computer and even television.

“People are going to expect that user experiences across these devices will be shared experiences,” he said.

In addition to delivering on this expectation, Sencha plans to use the funding for more product announcements, small technology acquisitions and expanding developers’ abilities. In fact, the company announced a new cloud product yesterday, Sencha.io, which allows developers to create HTML 5 web apps without having to deal with sever-side coding and hosting their web app.

Sencha is located in Redwood City, Calif. and was founded in 2010. The company received a $14 million first round of funding led by Sequoia Capital in June 2010. Both Sequoia Capital and Radar Partners participated in this round.