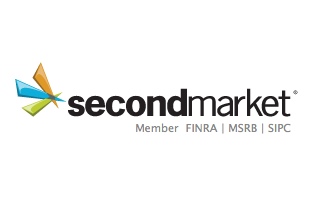 SecondMarket, a company that lets people buy shares in private companies — including in popular pre-IPO companies like Facebook, Twitter, and Groupon — said it has raised $15 million in a third round of financing.

SecondMarket is reportedly now worth $200 million.

The company is called SecondMarket, because it sells shares on the so-called “second market.” Individuals including founders, early employees, or investors in a private company own shares on the “first market” because they get the shares first. They then sell the shares on the secondary market.

The company has now raised a total of $34 million.

Notably, SecondMarket, itself a private company, just two months ago sold its own shares on the secondary market. In those transactions, the company valued itself at $160 million.

The latest $15 million third round comes from the Social+Capital Partnership, a firm founded by former Facebook executive Chamath Palihapitiya. Facebook is the private company that has probably been the most highly sought after by investors, and so it’s less than coincidental that someone like Palihapitiya sees the value in such a business. The company said that Palihapitiya will join the SecondMarket board of directors.

At the same time, there are other people who think the prospects of players like SecondMarket are somewhat limited. Private companies remain private for a reason, and creating a market for the shares of such companies just really isn’t that big of a market, these critics say.

Still, the company isn’t small by any means. SecondMarket tells the WSJ that it has been profitable for the past five years, and the WSJ cites sources saying the company’s revenue was $35 million in 2010. At the same time, the company faces plenty of competitors, from Sharespost to Liquidnet.

SecondMarket “has become the preeminent platform for private company shares enabling companies to meet their liquidity needs, help retain and reward talent, and provide start-ups with an opportunity to monetize and grow their businesses,” said Palihapitiya in a prepared statement. “SecondMarket is a compelling alternative to companies that are not ready to navigate the public markets.”