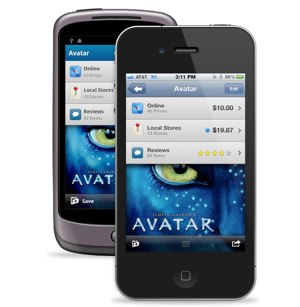 ShopSavvy, a barcode scanning startup with applications for the iPhone and Android devices, is making the mobile shopping experience more social and ramping up hiring, thanks to $7 million in fresh funding.

Led by Facebook co-founder Eduardo Saverin, this is ShopSavvy’s first formal round of funding, despite having first launched its Android application more than three years ago.

ShopSavvy has somewhat accidentally blossomed into a viable business. “I don’t think we realized what we had,” said ShopSavvy co-founder Alexander Muse said in an interview with VentureBeat of the company’s early days. Today, however, ShopSavvy has more than 10 million users who use the application to scan product barcodes, comparison shop and build wish lists.

With a large user base and new funding to support growth, ShopSavvy’s next priority is to build better ways for users to engage with the products they scan, as well as foster a more social experience that taps the shopper’s Facebook and Twitter social graphs for product recommendations, said Muse.

“We think shopping is changing,” Muse said of the intersection between mobile and social shopping. “We’re going to be able to show you how to engage with this new world that’s coming about.”

The average ShopSavvy user now scans nine products per month. But the company plans to maneuver down the grocery aisle and push users to scan grocery items. Muse predicts that the average monthly scan volume will jump to between 21 and 30 scans when that happens.

Bumping up the scan-per-user count is essential to ShopSavvy’s bottom line. “We have a business model driven by scans,” Muse said. “We know what store you’re in and what you’re going to buy, and we can deliver an ad based on that.”

Because of this localized and contextualized data, ShopSavvy’s average CPM is north of $400, Muse said.

With the new financing round, ShopSavvy is also expanding its board of directors to include Eduardo Saverin, James Bailey and ShopSavvy COO John Boyd.