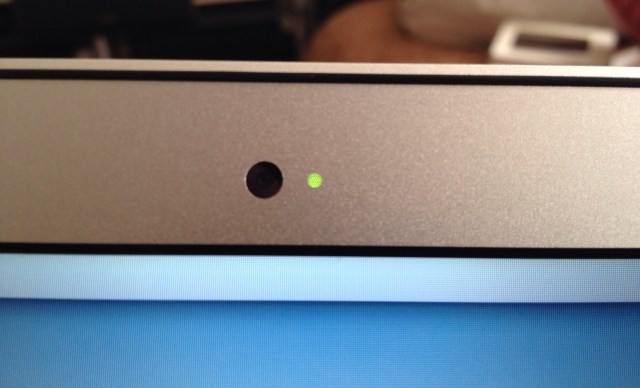 While you likely haven’t thought much about how Apple gets those green lights to shine through its metal products, like its webcam indicators on the MacBook Pro and MacBook Air, doing so was a significant problem for Apple’s design mastermind Jony Ive.

The big issue, as Businessweek explains, is that it’s impossible to shine light through metal. The eventual solution: lots of lasers.

Sources tell BusinessWeek that Ive assembled a team of manufacturing experts to figure out the problem. They eventually found that they could use a laser to create tiny holes in metal that, while virtually undetectable by human eyes, could allow light to come through.

The group also discovered a US company whose laser equipment could be modified to create the tiny holes. The unnamed company’s machines typically sold for around $250,000, but Apple ended up forming an exclusivity agreement with it to purchase hundreds of machines. Now Apple uses the laser to create green indicator lights on a slew of aluminum products, including the Apple Trackpad and wireless keyboard.

The laser solution is indicative of Apple’s design creativity, but it’s also a fitting example of the operational extremes the company will go to for its products. As BusinessWeek points out, Apple also went to great lengths to create its unibody aluminum MacBook cases, helping to create new tooling equipment for manufacturers. Apple now plans to double its supply chain spending to $7.1 billion, Businessweek reports, which means we’ll likely see plenty more interesting manufacturing decisions from the company.