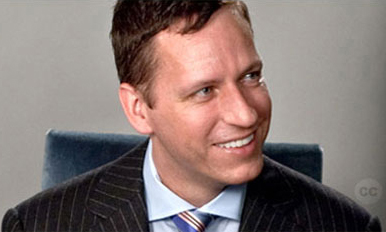 “Don’t go to college.” Four words you probably never heard your mother or father say to you growing up. But that’s exactly what famed entrepreneur Peter Thiel is saying, and he’s upping the ante. “Don’t go to college, and I’ll give you $100,000.”

Pete Thiel, who was an early investor in Facebook and co-founder of PayPal, doesn’t subscribe to the traditional notion of finish high school, getting a degree and then moving into the working world. It makes just as much sense to the Thiel Foundation, Peter Thiel’s organization focused on protecting freedoms, to buck the traditional timeline and head straight for entrepreneurship, if the time is right for you. That’s why the Thiel foundation has opened its doors to the 20 under 20 fellowship for the second year, to find and breed innovation in pre-college thinkers.

“Every moment in history happens only once. If you have a good idea, the right time to work on it is right away,” said Thiel in a statement, “Our first class of fellows is busy working on difficult challenges to improve the lives of people across the world, and we’re looking forward to helping 20 more people skip college and start changing the world.”

The fellowship will offer 20 youngsters born after December 31, 1991, $100,000 each to fuel their scientific, technical, non-profit or otherwise imaginative ideas. Teams of up to four are accepted, and must apply by December 31, 2011 at 11:59 pm, Greenwich Mean Time to be considered for the 2012 class.

Those accepted into the program then have two years to develop their ideas under the tutelage of the Thiel Foundation.

“Our world is suffering from a lack of innovation,” said Thiel Foundation president Jonathan Cain in a statement. “And you can’t build a world-changing company in between classes or while servicing six figures of debt.”