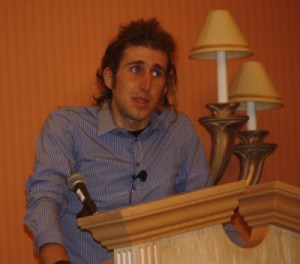 Android security startup Whisper Systems has been acquired by Twitter, the startup announced on its blog today.

Whisper Systems, which total employees consist of only Moxie Marlinspike and Stuart Anderson, focuses on Android security for enterprise customers. As VentureBeat previously reported, the startup originally focused on creating a way for people to use Google and other systems without being tracked. The company is well-known for its RedPhone service, which creates encrypted phone calls so no one can listen into your conversation, and TextSecure, a service that also encrypts your text messages.

Since none of the Whisper Systems’ products are even out of beta, it’s likely that Twitter was more attracted to talent in this particular acquisition. The microblogging social network probably intends to improve security of its own products when used on Android and other platforms.

Financial terms of the deal have not been disclosed by either company.