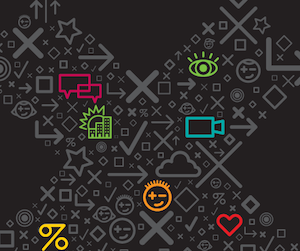 SAP has announced plans to acquire cloud-based business software provider SuccessFactors for $40 per share, a 52 percent premium over the company’s closing price of $26.25 on December 2. The deal is worth $3.4 billion.

SuccessFactors provides online tools for managing employee performance, including performance management, setting goals and managing to them, setting compensation accordingly, and training. Its stated mission is to make each customers “a more meritocratic place to work, where promotion and pay is based on performance and not politics.”

By acquiring SuccessFactors, SAP — a giant in legacy enterprise software — is making a big move to establish a presence in cloud services. It will have major challenges integrating SuccessFactors into its complex array of enterprise offerings, however.

SuccessFactors went public in 2007 and has made a string of acquisitions of its own over the years, including Jambok, a company that provided video education for employees; YouCalc, a business analytics software firm; and CubeTree, a social network for businesses (sort of like a Facebook for businesses).

SuccessFactors’ 3,500 customers (acorss 168 countries) pay for a total of 15 million subscription seats, making it one of the largest cloud companies in the world. Although it lost money in its early, pre-IPO days, the company stated that it posted 77 percent revenue growth year-over-year in the third quarter 2011 and 59 percent revenue growth year-over-year in the first nine months of 2011.

SuccessFactors was founded in 2001 by Lars Dalgaard. It is based in San Mateo, Calif. and has 1,450 employees. SAP, based in Walldorf, Germany, is one of the world’s largest enterprise software companies.