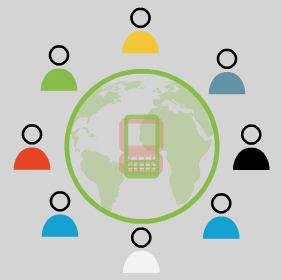 Crowdsourced app-testing startup uTest has raised $17 million in its fourth round of funding.

uTest commands a community of more than 45,000 professional testers from 180 countries and helps companies like Google, Microsoft and Intuit extensively test software applications in real-world conditions. The company’s focus is on “in-the-wild testing services,” which covers the full lifecycle of software development, including “functional, security, load, localization and usability” testing.

Back in May, we covered the company’s launch of uTest Express for Web, which helped uTest expand its scope beyond mobile apps. At that time, uTest CMO Matt Johnston said his company’s growth had been forty-fold from two years ago, and four-fold from 2010 to 2011.

“The market’s adoption of uTest’s services has been amazing — particularly among retailers, media companies, gaming firms and agencies,” said uTest CEO Doron Reuveni, in a statement. “Given the ever-increasing demands by users that a company’s apps work flawlessly under real-world conditions, the opportunity before uTest is massive. This latest round sets us up to help even more companies, developers and testers launch apps that their users love.”

The Boston-based company was founded in 2007. The company’s total funding, including today’s new round, amounts to more than $37 million. The company said its valuation has more than doubled since its third round of funding 15 months ago.