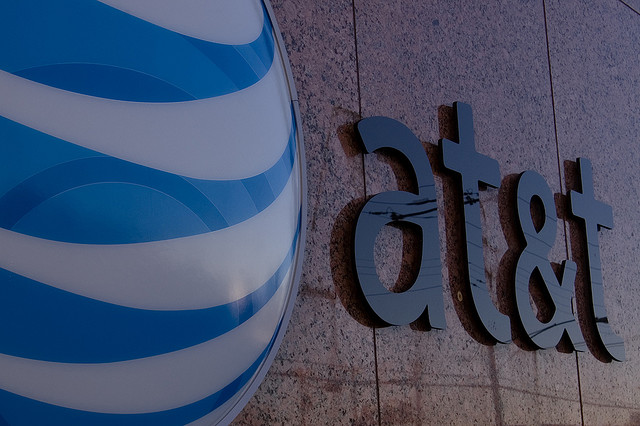 America’s most unpopular cell phone company has hit a new low. AT&T Wireless was rated last in customer experience by subscribers of Consumer Reports for the second year in a row.

“We’ll of course evaluate and learn from the Consumer Reports survey,” a representative for AT&T told VentureBeat. The representative also pointed out a number of improvements that AT&T has made to its network over the past year, investing billions of dollars on capital projects.

The representative also touted the future benefits of the company’s hoped-for merger with T-Mobile, which enjoys a slightly better customer rating.

“As customer demand continues to skyrocket, our proposed T-Mobile merger will enable AT&T to improve our customers’ experience even more,” the representative said.

AT&T bid $39 billion to takeover T-Mobile, but the deal has since run into regulatory difficulties, and may not happen.

Mobile carrier Verizon came out on top in survey responses, with Sprint following at a close second. T-Mobile was rated third. Verizon was also the top-rated national carrier in 2010 according to Consumer Reports subscribers. 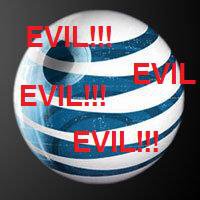 A non-scientific examination of Facebook “hate” pages ranks national wireless carriers in almost the same order as the Consumer Reports Survey.  The page for the group I Hate AT&T has 5,382 likes, while I Hate Verizon has only 404 likes. So while AT&T is America’s second largest mobile phone carrier with 100.7 million subscribers, it is 13 times more unpopular than Verizon, which has 107.7 million subscribers.

Sprint Wireless is the third largest American mobile carrier with 54.3 million subscribers. While Consumer Reports readers preferred Sprint to T-Mobile in terms of customer satisfaction, the Facebook audience does not.  I Hate Sprint has 1,234 unsatisfied subscribers on its Facebook page. Meanwhile, T-Mobile has a measly 33.73 million subscribers, and is the only one not to support the iPhone. But T-Mobile haters have liked the page I Hate T-Mobile 746 times, almost twice as much as Verizon haters.

It’s worth noting that the proportion of Facebook haters to wireless subscribers is miniscule. However the ratio of haters to subscribers from one carrier to another is very revealing, and is a good gauge of customer satisfaction. The anti-AT&T page has 1 member for every 18,710 mobile subscribers.  Verizon has 1 hater for every 264,851 subscribers. The ratio of AT&T haters to customers is still more than double that of Sprint, which has 44,003 customers for every member of I Hate Sprint on Facebook.

Clearly AT&T’s troubles are not all the iPhone’s fault.

Images via I Hate AT&T, NontrivialMatt/Flickr