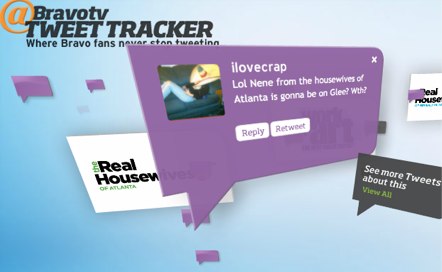 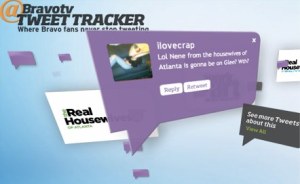 Remember those stream-of-conscious tweets you posted about NeNe’s bad behavior in the latest episode of The Real Housewives of Atlanta. It turns out that those updates amount to a whole lot more than pointless banter, according to analytics firm Nielsen, which has found a link between between social buzz and ratings.

Based on its data, Nielsen has concluded that there is “a statistically significant relationship” between online buzz and TV ratings throughout a show’s season, with stronger correlations among younger folks and females.

Specifically, if you’re in the 18 to 34 bracket, consider yourself among those whose updates are most likely to contribute to a ratings bump on premiere night. You all are the most active social networkers, according to Nielsen, and so a nine percent increase in buzz volume from your group, four weeks prior to a show’s premiere, will cause a one percent increase in ratings.

But your influence over ratings wears off a bit toward the middle of a season, at which time a 14 percent increase in buzz from your 18 to 34 year-old friends merely creates the same one percent ratings boost.

When it comes to our ability to influence ratings, sex really matters, as usual. “At the genre level, 18 to 34 year-old females showed significant buzz-to-ratings relationships for reality programs (competition and non-competition), comedies and dramas, while men of the same age saw strong correlations for competition realities and dramas,” Nielsen said.

Still, all age groups — even dudes over 50, the least buzzy demo according to the company — turn up the volume on their social chatter (but have less influence) by the time a show’s finale episode airs.

The bottom line is this: Lots of social media chatter from the right audiences equates to better ratings. Of course, this means we can expect even more networks to encourage viewers to tweet, Facebook, G+ and gab about shows all over the web. Bravo is already aggressive (and successful) in its Twitter hashtag promotion tactics.