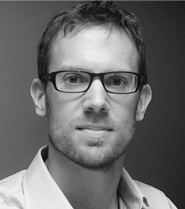 A grey and overcast industrial suburb in the north of Paris this week played host to Europe’s premier digital economy conference and networking event, LeWeb. While the European economy outside looked increasingly uncertain (suffering from what Google’s Eric Schmidt referred to as “the European experiment’s rough patch”), inside there was a very different feeling. More than 3,000 entrepreneurs, leaders, investors and visionaries were expected to attend over the three days, to discuss the impact of Social-Mobile-Local technologies, or SoLoMo as they are now commonly known.

This year’s attendees seemed sanguine about the fact that the digital economy is creating its own bubble — one that is more than a little reminiscent of that seen a decade ago. Companies are proudly proclaiming massive growth in user numbers; however, those are the only figures on the agenda. Questions around revenue or even profit are often a moot point, only up for discussion at a “to-be-disclosed” point in the future, once they have finessed their product, user experience or business model.

These dynamics aside, we are clearly in the midst of another wave of disruption in computing. Communication, media consumption and mobile are at the heart of this. Mike McCue from Flipboard unveiled the iPhone version of his product on Tuesday morning, highlighting that more than 20 percent of iPad users have Flipboard installed to allow them to consume media.

Andrey Andreev of Badoo revealed annual revenues of more than £100 million from his mobile social network, which is particularly strong in Latin Europe and America, while Phil Libin talked of the 20 million Evernote users who are becoming more profitable over time. These darlings of the venture scene are eminently representative of a broader trend – the switch to mobile devices. A trend that Eric Schmidt defined with the statement, “All the best engineering is going on to mobile and mobile apps.”

Despite its European location, there was a very US feel to the whole event this year, challenged only occasionally by local European businesses such as music and mobile focused Deezer. Axel Dauchez, CEO of this French business unveiled an ambitious plan to launch in more than 200 countries by mid-2012. The only market he is not launching in is the US, which he cited as having only 10 percent of global music consumption and around 15 percent of mobile handsets, making Europe and Asia more compelling markets for his business.

Amid the exuberance, perhaps the most cautionary note came from George Colony, Chairman and CEO of research firm Forrester. Although bullish on the App Internet economy, he portrayed many players in this space as fighting for the scraps from a rapidly consolidating market. In Forrester’s view, Apple is dominant, Android is a challenger, and Amazon’s Silk platform on the Fire device is a wildcard entrant with potential for disruption. While Microsoft didn’t make it onto the slide, there was recognition that it had a role to play even if it is as yet unclear exactly what this role might be.

More interestingly, Colony portrayed a social media landscape where consumers are reaching saturation. Citing research from the US, Colony pointed out that social media is more popular than volunteering, praying and exercise, and it challenges shopping and childcare in terms of time spent. In short, we are reaching the limit of how much time we can realistically give to social media. A shakeout is coming that will sweep away the low value forms of social media.

LeWeb has done an excellent job at capturing the energy of the SoLoMo movement in the US and Europe over the last few days, albeit with limited representation from the big players in Asia that are poised to accelerate into this space. The counterbalance to that energy is a healthy dose of caution that bubbles burst and that operating businesses in a vacuum independent of the global economic environment may be risky. Twelve months is a long time in this industry, but I’ll be back next year to see whether the predictions and expectations all come true.