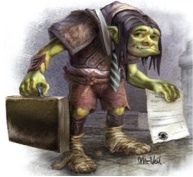 Apple has partnered with a patent troll company called Digitude Innovations, VentureBeat has confirmed, allowing that company to attack the world’s largest phone manufacturers of smartphones.

In a clever deal that effectively gives Apple immunity from attack by the troll, Apple agreed to some cross-licensing deals that gave Digitude the ammunition for a heavy attack against Apple’s rivals. Digitude recently filed suit against RIM, HTC, LG, Motorola, Samsung, Sony, Amazon, and Nokia. It did so at the International Trade Commission, a body that can quickly block the import of products deemed to infringe on patents. Moreover, it included four patents in its claim, two of which were owned by Apple earlier this year, before they were transferred to Digitude.

VentureBeat has confirmed the deal with a well-placed source. News that Apple had forged some sort of partnership with Digitude was first reported by TechCrunch.

The move is just the latest twist in heated battle among leading smartphone manufacturers to both protect their intellectual property, and to use it to cudgel their opponents in international courts. The reason is clear: The smartphone revolution, where hundreds of millions of people are buying new expensive digital devices that have in effect become their second brain, is the biggest source of wealth and profit for tech enterprises.

Here’s the gist of Apple-Digitude relationship: Digitude Innovations, a firm backed by a private equity firm Altitude Capital Partners with a long history of patent trolling (or the practice of using patent ownership to either bully opponents into paying huge licensing fees or stop production all together) apparently approached various manufacturers with threats of lawsuits. The group included Apple. But Apple, seeking to defend itself, won an agreement from the firm that it wouldn’t sue Apple, in return for a set of cross-licensing deals. Apple agreed to include the licensing of the two patents used in the latest ITC suit.

Under the arrangement, Apple hasn’t necessarily directed the attacks, because Digitude is an independent company. However, in dealing with Digitude, it must have known it was paying off the devil, and that there’d be plenty of blood to come at the expense of others. Large portions of the Digitude suit with the ITC are redacted, upon request from Digitude, apparently in an attempt to shield the public from knowledge of its secretive arrangements.

The two patents in question in the ITC suit are USPTO #6208879 (Mobile Information Terminal Equipment and Portable Electronic Apparatus) and USPTO #6456841 (Mobile Communication Apparatus Notifying User Of Reproduction Waiting Information Effectively). The first patent, originally filed by Mitsubishi Electric, describes how a phone can display different screens for different applications, when switching from being used as a telephone to being used as “an information terminal.” The second patent, also originally filed by Mitsubishi, covers visual voicemail notifications.

Apple, of course, finds itself square in the middle of the wider, global smartphone fight. Apple until recently had the largest market share among smartphone makers (Samsung just overtook Apple), and so has among the most to lose from any fight on the patent front. And with plenty of attacks already launched on Apple from all quarters, namely from Android phone manufacturers, Apple has more of an interest to fight back, and thus cut a deal with Digitude. Almost weekly, indeed daily, the disputes are hitting the headlines. Just yesterday, we reported that a German court sided with Motorola in a patent  lawsuit again Apple, which accused it of using data transmission technology in its iPhones and iPads without paying. Samsung, one of the largest makers of Android phones, has fought back against Apple on multiple fronts for violating its patents, although Apple hit Samsung first, and has even changed Samsung’s strategy. Google bought Motorola mainly because of Motorola patent portfolio, and the ammunition it would give it to defend itself against patent attacks from others, including Apple.

Apple founder Steve Jobs has complained that Google’s actions in creating its mobile operating system Android amounted to “grand theft.” He told his biographer Walter Isaacson: “I will spend my last dying breath if I need to, and I will spend every penny of Apple’s $40 billion in the bank, to right this wrong. I’m going to destroy Android, because it’s a stolen product. I’m willing to go thermonuclear war on this.”

In its deal with Digitude, Apple transferred ownership of its patent to a company called Cliff Island LLC, as first documented by TechCrunch. Cliff Island is affiliated with the private equity firm Altitude Capital Partners. Altitude backed Digitude with $50 million in 2010. Altitude  has a history of investing patent trolling companies. Visto, the mobile messaging company, is among the companies it backed. We once called Visto the most controversial company in Silicon Valley, because of its bullying tactics. In 2009, Visto acquired Good Technology, and changed its name to the acquired company’s. Later in 2009, Research in Motion paid $267.5 million to settle a suit filed against it by Visto.

This isn’t the first time Apple has been called a patent troll.

Digitude Innovations had a web site until recently, but it’s been taken down.