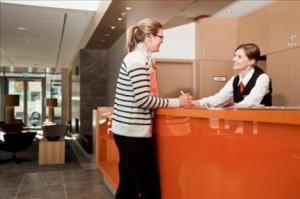 Topguest, a San Francisco-based startup focused on loyalty programs and travel, has been acquired by ezRez Software, Inc.

As exits go, this one was pretty speedy: The startup was giving sneak peeks of its still-in-beta software just 18 months ago.

The acquiring company, ezRez, provides SaaS products for travel companies and financial institutions to help them engage with high-value customers.

Through Topguest, consumers can get real-world value out of their online activities — in simple terms, you can earn loyalty points just for your checkins, photos and updates. You can then redeem those points for more travel.

While Topguest will continue to operate under its current branding, the combined company is set up to give customers a full-fledged technology platform for loyalty programs.

“The Topguest team will relocate to ezRez’s headquarters, but the Topguest brand will continue to operate and grow on its own — although we do expect talent, ideas and service will be leveraged,” an ezRez spokesperson told VentureBeat.

In the near future, the combined companies will be rolling out a new digital wallet product. With this release, Topguest users can not only redeem their points for travel; they’ll also be able to use those points to buy real-world goods from online retailers that accept Paypal.

Topguest took a single $2 million round of institutional funding in 2010. The young company also had Peter Thiel, the “don of the Paypal mafia,” as an advisor.

All the Topguest employees will be joining the team at ezRez, itself a San Francisco-based company founded in 2003.